Tyga, 26, and Redd were seen walking side-by-side at Pasadena’s Rose Bowl stadium, with the reality star dressed in white ripped denim and a crop top.

The night before, Jenner, too, was enjoying Beyoncé’s new music, singing along to the pop diva’s tune “Hold Up” in a Friday Snapchat video. Jenner’s sisters Kourtney Kardashian and Khloé Kardashian also attended the Saturday concert, although it wasn’t clear if they met up with Tyga.

PEOPLE confirmed on Thursday that Tyga and the 18-year-old had called it quits, with a a source revealing that Jenner had no intention of reconciling with the rapper.

“Over and over again, she feels like she can’t trust Tyga. There have been and continue to be too many lies,” the source told PEOPLE.

After the news broke, Tyga told photographers outside of the Los Angeles International Airport, “I think, you know, we’re both just focused on our lives, our individual lives right now. Sometimes things don’t work out, you know, but I love her.”

In addition, a source said that her brother Rob Kardashian’s engagement to and upcoming child with Tyga’s ex Blac Chyna added tension to the romance.

Reps for Tyga and Redd did not immediately respond to requests for comment. 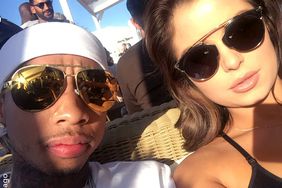 Who Is Demi Rose Mawby? Tyga Spotted Getting Cozy with U.K. Lingerie Model in Cannes After Split with Kylie Jenner 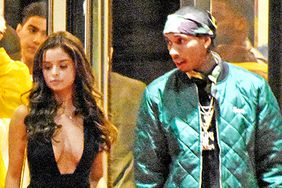