John Travolta is already tub-thumping for his next movie, “Battlefield Earth,” based on a novel by the late science-fiction author L. Ron Hubbard. Hubbard was also the founder of the controversial Church of Scientology, of which Travolta is a high-profile member. “I play a pretty bad guy,” Travolta warned 10,000 fans at a gathering of sci-fi fans in Denver over the weekend, reports the Associated Press. “Today, I take you over in a good way. On May 12, I take Denver over in a bad way.” May 12 is opening day for the movie, in which Travolta plays an earth-destroying alien who stands taller than 9 feet and weighs more than 500 pounds. Glimpses of him in the movie’s trailer that is now playing in theaters have been eliciting giggles.

Travolta Back to 'Battlefield'? 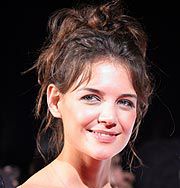