Travis Barker and Shanna Moakler: The Story Behind Their Toxic Relationship

The once-amicable couple's divorce gets nastier as they battle over the children, claim death threats

When they first met, it seemed like an oddball pairing — albeit one that worked.

Travis Barker was the heavily tattooed and pierced drummer with rock band Blink-182. Shanna Moakler was the stunning former Miss USA. The couple exchanged vows in a gothic wedding at a luxury resort in Santa Barbara, California, on Oct. 30, 2004, one year after Moakler gave birth to their son, Landon. Their daughter, Alabama, arrived on Christmas Eve 2005.

In 2005 they also invited the world into their relationship with their popular MTV reality show, Meet the Barkers. On camera, the couple fought, made up, made out (often!), but eventually separated in 2006.

Barker, now 39, went on to publicly complain about his wife's laziness on MySpace, and how she'd cheated on him. In turn, Moakler, also 39, told TMZ that she was concerned for Barker's mental health and hoped he'd seek professional help.

"This was very normal for them," a friend tells PEOPLE. "The relationship was always dysfunctional, they were always love and hate. It was volatile. He's a rock star, and she likes to go out. They both love and fight hard."

In 2008, Barker was on a plane with friend DJ AM that crashed soon after takeoff. Barker and AM survived — the four others on board all died. Barker suffered second and third-degree burns and was in critical condition, yet pulled through and vowed to turn his life around. He quit eating meat, started exercising, and, most importantly, reconciled with Moakler. (His friend DJ AM would later die of a drug overdose in his New York apartment in 2009.)

But that union was also short-lived, with Barker accusing Moakler of an affair while he was in the hospital recovering. Moakler said that he'd also cheated on her throughout their marriage. The couple then officially filed for divorce.

The endless back-and-forth between them continued, and at one point they even lived together so Barker could spend more time with their children.

In court papers obtained by PEOPLE, Moakler said that on several occasions she wanted to move back to her home in Calabasas, but Barker would become "enraged and threatening legal action to take our children away from me or by crying that he was depressed and needed us to be with him."

"It became a very sick cycle," Moakler claimed. "I kept going back to [Barker] even as our relationship became progressively worse."

Meanwhile, Barker grew increasingly unhappy with how much time he got to spend with the children.

"I work too hard to be a great dad with activities etc. spending time with them/teaching them and providing for my kids to only see them a total of two days a week some weeks," he wrote in an email to Moakler on Sept. 23, 2012, according to the court papers. "I just about died in a plane crash, I got a second chance and I plan on spending every minute I have left with my kids or fighting to do so … The longer this goes on the more it screws with my kids. Everyday I see them like this the more they hurt and the more motivated I get to get more custody of them."

As for why they lived together despite their contentious divorce, a source says it was to make things easier on the family.

"They were constantly arguing about going back and forth to court to so this was the happy solution — each one had a bedroom and the kids were together and they have their own lives, but it was never gonna work," says the source. "No two divorced people should be living together. "

Their relationship hit a boiling point again in December 2014, when Moakler called the Los Angeles Police Department after an argument with Barker, alleging that he'd threatened to "put a bullet in your head."

According to Moakler in the court papers, she called the police and waited outside until two officers arrived. After she was interviewed, they went inside to speak to Barker.

Inside, Barker told the two officers a different story, saying Moakler "threatened to have her boyfriend come and beat him up." (LAPD Lt. Dionne Watts tells PEOPLE there was an investigation, but neither were arrested.)

On Christmas Eve, Moakler asked a judge to reevaluate the couple's joint custody arrangements for Landon, now 11, and Alabama, now 9, which the couple agreed to in 2008. According to the papers, Moakler wants the court to do a "thorough child custody evaluation" that includes a full psychological assessment, and to appoint an independent child custody expert.

Barker's attorney, Laura Wasser, tells PEOPLE that "Travis will not be discussing any claims made regarding his children in any media forum as he feels it's exploitative and not child-centered. His side of the story will be told in court." (A court hearing is scheduled for Feb. 10.)

But it looks as though their days of making up are finally over — especially now that Moakler is dating someone new.

"They don't get along," a friend of Moakler's says. "They haven't for years. Travis doesn't want her, but now that she's in love and happy, he's gotten so bitter and nasty. It's ridiculous."

The friend adds, "The truth is, she is so happy in her relationship and it's killing Travis."

* With reporting by JENNIFER GARCIA, LIZ McNEIL and JOHNNY DODD 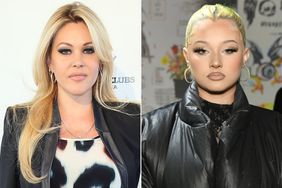 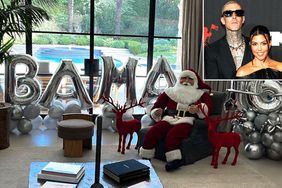