"It was like a movie in slow motion," an onlooker tells PEOPLE

As her husband drove along the New Jersey Turnpike early Saturday morning, Vicktoria sat in the passenger seat, playing a game on her iPad. She looked up just in time to see a horrifying accident unfold right in front of her.

As it turned out, Vicktoria (who asked to be identified only by her first name) was witnessing the fatal crash that claimed the life of comedian James McNair and injured comedians Tracy Morgan, Ardie Fuqua and Harris Stanton, as well as Morgan’s assistant Jeff Millea.

As of Sunday morning, Morgan, Fuqua and Millea remained in critical condition at Robert Wood Johnson University Hospital in New Brunswick, New Jersey, while Stanton was treated and released.

Kevin Roper, whom authorities say was at the wheel of a Walmart truck that hit the group’s Mercedes limo bus, was charged with one count of death by auto and four counts of assault by auto.

In her own words, Vicktoria tells PEOPLE about what she witnessed.

“My husband saw the Walmart truck swerving, and he slammed on the brakes. The truck hit the Mercedes, and then it hit the guard rail and another white SUV. It was like a movie in slow motion. The Mercedes spun out of control and then flipped over and came to rest on the driver’s side,” she says.

“We parked about 20 feet away. I said to my husband and son, ‘Oh, my God. We need to get out there and see whether anyone got really hurt.’ My son jumped out and was the first on the scene; my husband and I were right behind him. The woman in the white SUV was fine, and so was the driver of the Walmart truck. But it was obvious that the people in the Mercedes were really hurt.”

She continues, “Because the SUV was lying on the driver’s side, the passenger’s side was now facing up. The driver had gotten out and was standing on top of the passenger’s side. He and someone else, I think a passenger, were trying to get people out. The passenger was trying to rip out the divider between the front seat and the back of the SUV. The windshield was broken. You could see blood everywhere. You could tell it was really bad.

They pulled Ardie [Fuqua] out of the SUV and put him on the cement. We were trying to keep him as alert as much as we could. He was going in and out of consciousness, so I was trying to keep him awake, calling his name and telling him to stay strong. It was pretty obvious he was in shock.

It was very dark out. All we had was a miniature flashlight to see what was going on. We heard that there were other guys inside the Mercedes. By this point, the passenger had removed all that was blocking the back seats from the front seat, so we could see in. They were in rough shape.

There was another guy sitting up on the road. He thought he was okay, but we told him to lie down in case his neck or something was hurt. I called 911, but someone else had previously done it.

The cops arrived first, and they got everyone out of the way. Then the fire trucks arrived and had to cut the van apart to get people out. Then the paramedics arrived. At that point, it was really chaotic, and we knew we had to get out of the way, so it was time for us to go. It was a horrific sight and we just hope that everyone is okay.” 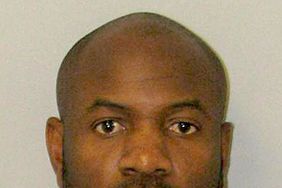 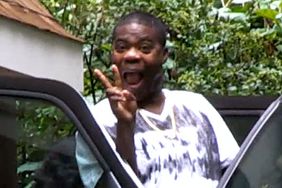