Tori Spelling: Dean McDermott and I Are 'Working Through It'

After a very public cheating scandal, Spelling and Dean McDermott are working on their marriage, she says

Six months after a cheating scandal rocked their relationship, Tori Spelling and Dean McDermott are working on their marriage, she says.

“We’re doing okay,” Spelling, 41, told PEOPLE Tuesday at The MOMS Denise Albert and Melissa Gerstein’s screening of her new show, Mystery Girls. “We’re working through it. It’s something that’s going to take time to get through.”

In December, it was revealed that McDermott, 47, had been caught cheating. In the ensuing months, he entered rehab, where he was treated for an addiction to sex, and began couple’s therapy with his wife, a process that was documented for their TV series, True Tori, this spring.

But all along, Spelling held out hope that they’d be able to work through their issues, sources told PEOPLE.

“Tori doesn’t want to raise four kids by herself or for them to grow up with divorced parents,” a friend of Spelling’s told PEOPLE earlier this year. “She wants to be married to Dean, and she wants him to never have cheated on her. But of course, that’s not the case.”

Although it may take time before Spelling and McDermott’s relationship is back to what it was, it’s clear Spelling is not giving up on her husband and is willing to work through their issues and rebuild their family.

“Life is always a work in progress and our relationship is one as well,” Spelling said on Good Morning America Wednesday morning. “We’re moving in the right direction.” 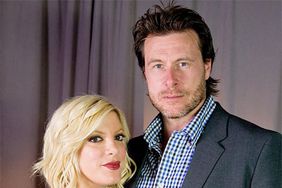 Tori Spelling: I'm 'Proud of Dean' for Working on Himself 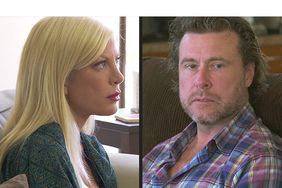