The couple has been dating since 2014

The couple, who began dating in early 2014 and were engaged the following January, tied the knot on Sunday. Family and friends joined them at a ceremony in the Santa Barbara area of California.

“I designed these highly articulated platinum ‘leaf earrings’ set with almost 10 carats of diamonds to shimmer in the wind,” Lane tells PEOPLE.

No word whether Grace’s That ’70s Show costars Ashton Kutcher and Mila Kunis were in attendance. Grace had to miss their July 2015 nuptials due to work commitments.

Hinshaw, 27, who appeared in the second season of HBO’s True Detective, has just completed work on the independent film Me Estés Matando Susana. 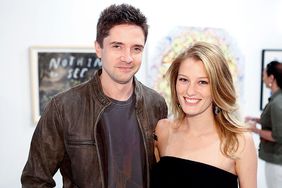 Topher Grace and Ashley Hinshaw Will Tie the Knot This Weekend 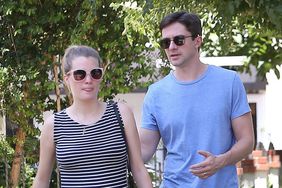