“It was perfect! From the ceremony in beautiful white, to a vibrant after-party and great music selected by Tony himself,” says a source, noting the packed dance floor. Reportedly, 600 guests attended.

Cowboy players past and present, such as Troy Aikman, Roger Staubach, Dez Bryant and Miles Austi, as well as team owner Jerry Jones, were seen helping the couple celebrate their nuptials in the historic building tucked in the city’s Oak Lawn neighborhood, reports Dallas’s KDAF-TV.

Crawford is a pageant queen, KDAF-TV anchor and the younger sister of Gossip Girl‘s Chace Crawford, who was seen at the wedding.

She received an 8-carat yellow diamond engagement ring, which features one carat of round diamonds surrounding the center stone. Her bridesmaids wore Badgley Mischka dresses.

Guests partied into the night at a reception organized by wedding planner Todd Fiscus, whose credits include New York Giants quarterback Eli Manning’s wedding. Short ribs and pizza were promised on the new couple’s reception menu.

“We did lots of man food,” Fiscus told CBS about the menu for the big day. “I have a lot of football players to feed.”

Fiscus was also responsible for the custom gift bag for the out-of town guests.

Monogrammed with the wedding couple’s initials, the bag contains a Neiman Marcus gift card, assorted treats from Great One Cookies, a Mix of the Month CD by DJ Lucy Wrubel, a miniature bottle of Moet champagne, a box of Dude Sweet Chocolates, gourmet popcorn, chips and salsa, “Killer Pecans” from Bandera Foods, Voss bottled water, and an assortment of Kiehl’s beauty and body products.

The couple became engaged in December, when Romo, 31, proposed to Crawford on her 24th birthday. They have been dating since summer 2009, shortly after Romo split from Jessica Simpson.

• With reporting by DARLA ATLAS 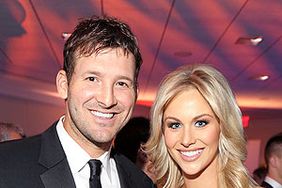 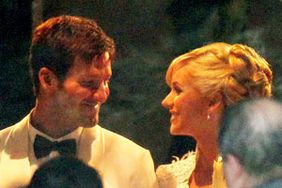 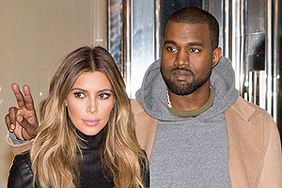 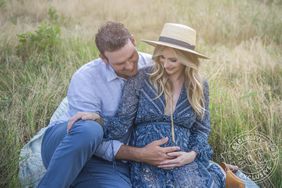 New Dad of Three Tony Romo Wants Another Baby with Wife Candice Crawford: 'We'll Push Her Again in a Year or Two'