WATCH: Tom Hanks Spills What Really Happened on That Yacht With Oprah, Springsteen and the Obamas

Tom Hanks, Barack and Michelle Obama, Oprah Winfrey and Bruce Springsteen all gathered on a 450-foot yacht off the coast of Tahiti on Apr. 10

Last week, Oprah Winfrey told PEOPLE that she “can’t talk about” her ultra-luxe French Polynesian yacht cruise with Tom Hanks and Bruce Springsteen as well as Michelle and Barack Obama. “What happens on the boat, stays on the boat,” she said.

But Hanks wasn’t sworn to secrecy.

The Circle star dished the details from that star-studded adventure on Friday’s Late Show with Stephen Colbert. “That made the news, it was really interesting. Both Oprah and I were really pissed off,” Hanks, 60, joked about how the secret trip was exposed.

“Look, imagine what it could’ve been like it, triple it. It was off the scale, fantastic,” the actor revealed. And the famous five didn’t just sit around on the boat all day.

On Apr. 10, the famous five all gathered on the 450-foot yacht, The Rising Sun — owned by billionaire David Geffen — off the coast of Tahiti. The group enjoyed lunch on Vanilla Island, made a stop at Le Taha’a Island and continued to Bora Bora. By the way: The Rising Sun is the 11th largest yacht in the world with an estimated value of $300 million.

In addition, Hanks shared he and the former President and First Lady rented bikes to sightsee on shore. While the group, including the Secret Service, had “an array of bikes” to choose from, the Oscar winner and Medal of Freedom recipient was stuck with “an undersized, girl’s bike.”

“It was rusted like all over, it only had one gear … all the others were like mountain bikes … it was so bad,” Hanks recalled.

And as for what kind of conversations Oprah and Springsteen had with the Obamas, Hanks remembered trying to get the 44th president to divulge “classified” information. “I’d like to share a ton of stories from it, but they’re classified,” Obama told Hanks. 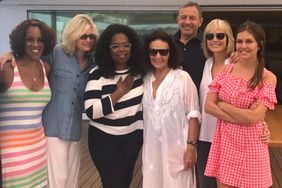 What Really Happened to Bob Saget? New Details on His Final Hours 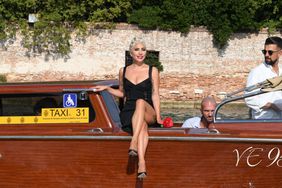 Hijinks on the High Seas: These Iconic Celeb Boat Moments Will Send You Overboard 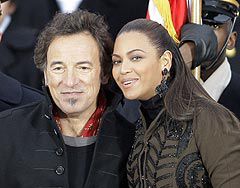