"Chet Haze" started his "rapping"/"singing" "career" while a "student"

Chet Hanks, the son of Tom Hanks, is adding fire to his feud with Howard Stern after the shock jock mocked him for his privileged upbringing.

Hanks, 24, is a rapper/singer who goes by “Chet Haze,” a stage name he started using while still a student at Northwestern University.

In a March 24 interview with Shade 45’s Rude Jude – who had a bad experience with Hanks on his show a few months ago – Stern, 61, joked about their encounter.

“It irritates the s— out of me to see someone take that culture and appropriate it,” Jude said. “It’s like, come on, bro, you’re not from that. You learned how to talk from a video, dawg.”

“I understand your point about Chet Haze. He’s stealing your black culture,” Stern joked. (Jude is white but grew up in a predominantly African-American neighborhood.)

“PEOPLE STAY TELLING ME CHILL!!! YOURE TOM HANKS SON!!! DONT BE AN EMBARRASSMENT!!! WELL GUESS WHAT… ITS MY OWN CHOICE TO NOT GIVE A F—… IF MY OWN PARENTS CANT MOTIVATE ME TO BITE MY TONGUE WHAT THE F—- MAKES YOU THINK THAT YOU CAN???” he added on Instagram.

The bad blood and war of words started years ago, when Stern made fun of Hanks’s rapper lifestyle and way of talking while growing up the son of Hollywood A-listers Tom Hanks and Rita Wilson.

The America’s Got Talent judge again poked fun at Haze in January following a Sirius radio interview by the rapper.

“@HowardStern your time has passed,” Haze Tweeted on March 21. “You’re old Only old people listen to you The young generation doesn’t know you.”

Hanks revealed in November that he was 50 days clean and sober after struggling with substance abuse since he was 16.

Radar Online reports that he threatened Stern’s life in a series of angry, expletive-filled Tweets Monday, many of which no longer appear on his account. 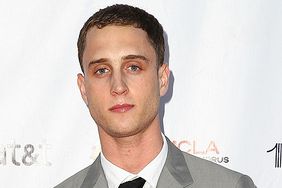 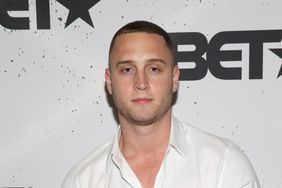 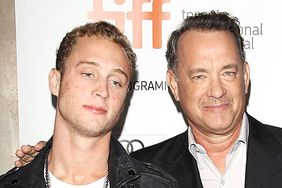 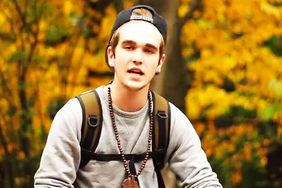