In a court battle, he answers tough questions about his parenting and Scientology

A court battle has put Tom Cruise in the hot seat, forcing him to answer questions about his time away from daughter Suri and his ex-wife Katie Holmes‘s departure from Scientology.

In a deposition taken in Los Angeles on Sept. 9 (a transcript of which was filed publicly), Cruise was questioned by Elizabeth McNamara, the lawyer for Bauer Publishing, which Cruise is suing for $50 million over an In Touch cover story claiming he “abandoned” Suri after his June 2012 divorce from Holmes.

Cruise acknowledged that he didn’t see Suri, 7½, in person for more than 100 days, from Aug. 4, 2012, when they wrapped up a weeklong father-daughter vacation to Disney World, until that Thanksgiving.

“Unfortunately in this situation it was impossible” with his intense filming schedule in London on the sci-fi thriller All You Need Is Kill, Cruise said.

Cruise said he phoned Suri nearly every day, though agreed that phone calls are a poor substitute for seeing a child in person. Talking to a young child on the phone, “you have to work at it. I’ve gotten very good at it. I tell wonderful stories,” he said. “I also find that, you know, Suri is a very happy child, and confident, and has a good sense of herself.”

Cruise didn’t travel to New York City for Suri’s first day of school that September due to his work schedule and concerns about the media attention, he said, adding that Suri had never brought it up.

“If she had asked me to be there, I would have been there,” he said. “I would have worked it out in any way I could.” He said he also couldn’t leave the “grueling” movie shoot when Holmes later suggested he come to New York in October, and other times the exes couldn’t work out scheduling for a visit.

“Things change and there is different agreements, like in any divorce, where you work out schedules,” he said. “It’s just a different set of circumstances. It certainly does not mean that I’ve abandoned my daughter.”

In the wide-ranging, often contentious deposition, Cruise’s attorney Bert Fields was on hand as the star was forced to answer questions about everything from his use of private jets to Scientology.

He revealed that Suri is no longer practicing the religion. Pressed about whether Holmes left him to “protect” Suri from Scientology, Cruise responded, “I find that question offensive. There is no need to protect my daughter from my religion.”

But asked whether Holmes left him in part for that reason, Cruise said, “that was one of the assertions, yes. There are many other aspects to the divorce.”

Cruise also was asked about Scientology’s definition of a “suppressive person,” which includes, according to a definition on the church’s website, those who publicly renounce Scientology and therefore lose “fellowship with the Church as well as with other Scientologists.”

Cruise said that description was accurate, but when asked whether the church would consider Holmes to be a suppressive person, he responded: “That is a distortion and simplification of the matter. I don’t want to just give an oversimplification of religious doctrine.

He acknowledged that his older kids, Isabella and Connor, whose mom is Nicole Kidman, haven’t had contact with Holmes since the split.

RadarOnline was first to report this story. 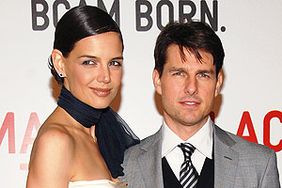 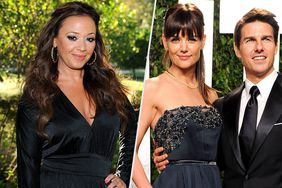 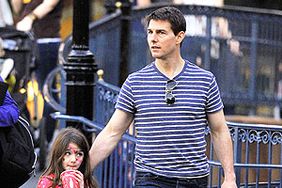 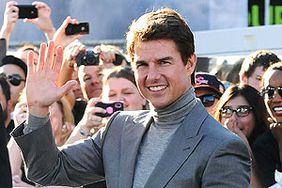 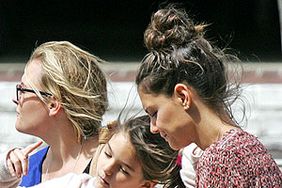 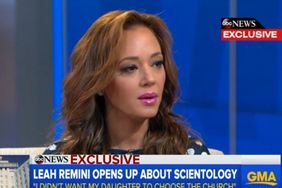