As Katie Holmes and Suri go for ice cream in New York, the actor stays at his home in Los Angeles

Tom Cruise quietly spent his 50th birthday with his teenage kids, Connor and Bella, and members of his extended family at his Beverly Hills, Calif., mansion, PEOPLE has learned.

Both absent on Tuesday: his estranged wife, Katie Holmes, who filed for divorce last week, and his daughter Suri, 6, who has remained with Mom in their new Manhattan apartment since last week’s bombshell split announcement.

“The plan was he was going to spend his birthday with Katie and Suri [in New York City],” a source tells PEOPLE. “Then they were going to fly to California where he is going to finish [filming] Oblivion and spend time there.”

But after Holmes’s divorce filing, which the source says utterly blindsided Cruise, the superstar actor had to abruptly change plans.

With Bella, 19, Connor, 17, and other family members in tow, Cruise left Iceland, where he’s been shooting Oblivion, and landed in Burbank early Tuesday.

“They were all together, and one of the reasons he came back to California was that he had to take his family back to LA.,” says the source.

The Cruise insider adds that the actor also bypassed New York to avoid the paparazzi frenzy. “It’s an impossible situation and he does not want to subject his daughter to any more trauma,” the source says.

For now, Cruise must rely on regular phone calls with Suri, says the source, adding that the two talk several times a day.

“Say what you will about Tom, but there is no doubt he loves his daughter,” says a second source. “Not seeing her would be very hard on him.”

As for the mood on the actor’s birthday, it was “somber,” says the insider. “Just very very sad.”

Meanwhile, a smiling Suri and Holmes stepped out for ice cream on Tuesday in New York’s East Village neighborhood. 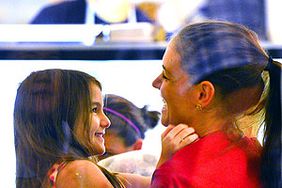 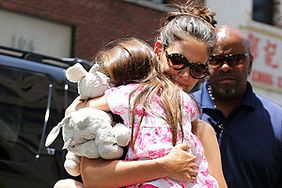 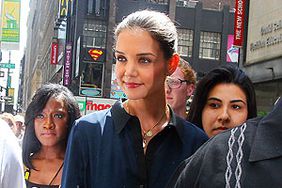 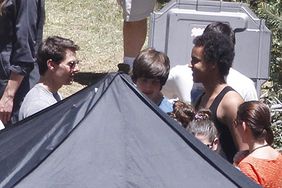 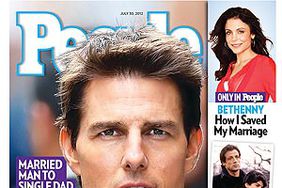 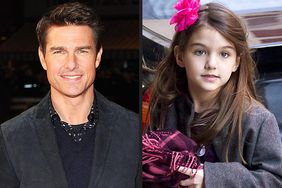 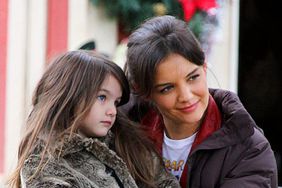