Bill Kaulitz, who underwent vocal chord surgery, will return to the stage on May 3

Doctors removed a cyst from Kaultiz’s vocal chords, and then ordered the singer to complete silence for seven days. The surgery was successful. The band’s label confirms to PEOPLE that Kaulitz will be well enough to perform on May 3 at the Bamboozle festival at the Meadowlands in East Rutherford, NJ.

The performance will come just three days before the band releases their first English language CD, Scream, in the U.S. 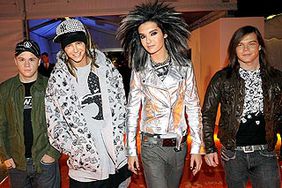