Letter from Angry Titanic Survivor Up for Auction

In the annals of Titanic history, Lucy Duff-Gordon occupies a unique spot.

Duff-Gordon and her husband, Cosmo, were rescued from the sinking ship on April 15, 1912, on lifeboat 1, which despite having the capacity to carry 40 people, only had 12 passengers.

Lucy, a prominent fashion designer, became a popular target of the tabloids of the day, who alleged that Cosmo had bribed the lifeboat’s crew to row away, rather than return to rescue other passengers, ultimately dubbing the lifeboat “The Money Boat.”

Lucy and Cosmo were ultimately the only passengers called to testify at the British Wreck Commissioner’s inquiry hearing about the tragedy. Though the inquiry concluded that the pair didn’t interfere with the crew’s duty in any way, it did deem that the lifeboat may have been able to rescue others had it turned around.

Lucy’s letter reads, in full, “How kind of you to send me a cable of sympathy from New York on our safety. According to the way we’ve been treated by England on our return we didn’t seem to have done the right thing in being saved at all!!!! Isn’t it disgraceful.” It was written and sent to an anonymous recipient during the inquiry, and is dated May 27, 1912. The letter’s bitterness reflects the Duff-Gordons’s feelings in real life: Lucy would later say her husband was “brokenhearted” by the negative coverage for the rest of his life.

The letter is up for auction by Boston auction house RR Auction. “Correspondence from prominent passengers with such exceptional Titanic content is rarely encountered – especially written so soon after the tragedy,” said Bobby Livingston, executive VP at RR Auction, in a press release. 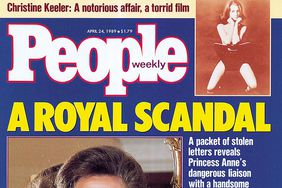 A Crisis Rocks a Royal Marriage

RESTRICTED: A Queen of Hurts

Return of a Queen 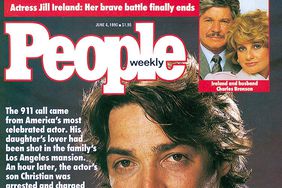 Could They Get Away with Murder?

The McMartins: the 'Model Family' Down the Block That Ran California's Nightmare Nursery