What's the only thing hotter than a hot guy? A hot guy who can sing

What’s the only thing hotter than a hot guy? A hot guy who can sing, of course!

That’s why the Internet has swooned at old footage of Divergent star Theo James performing with his now-defunct rock band Shere Khan. It turns out, besides looking like an evolutionary blend of James Franco and Johnathon Schaech, the dude has some pipes; when he sings James has a broody, José Gonzales thing going on.

But the smoldering Briton isn’t the only sexy thespian with musical ambitions. Below, a tour of the hot actors who would also like to be known as hot singers.

There are many different kinds of musical Robert Pattinsons – Twilight Soundtrack Pattinson, Drunken Karaoke Video Pattinson – but our favorite is Secret Singer-Songwriter Pattinson.

To promote his hitRECord project, Joseph Gordon-Levitt periodically travels around the country to show off the best of what hetRECord’s got to offer. Luckily, while he’s there, JGL often can’t resist breaking out the acoustic guitar and showing off his cheeky reinterpretations of radio hits, from “Bad Romance” to "Ignition (Remix)."

Before he was a gladiator, Russell Crowe was just another Australian pub rocker in the band 30 Odd Foot of Grunts. But once he hit it big, Crowe didn’t abandon his mates – he took TOFOT on a series of international tours before breaking the band up in 2005. (Though Les Miz fans might wish he would have stuck with it.)

Bruce Willis is lucky that Eddie Murphy’s musical career became the definitive example of movie-star overreaching; when it comes to ’80s embarrassments, Willis’s 1987 album The Return of Bruno is barely mentioned at all, and considering how the Moonlighting star smirks his way though a series of Motown classics, that’s probably a good thing. Though “Respect Yourself” did earn Bruno a top 5 hit, which is more than most guys on this list can brag about.

Alongside brother Michael, Kevin Bacon makes up one half of the Bacon Brothers, a relaxed folk-rock outfit that sounds like every album your dad’s ever bought. Bacon’s blue-eyed soul rasp is surprisingly enjoyable, but there’s something missing – with a guitar strapped on, he can’t dance like he used to.

Wales is famous for the quality of its male singing voices, and Iwan Rheon is no exception. Though he may play a deranged psychopath on Game of Thrones, the Welsh actor shows off an earthy, soulful vibe in song. Who knew the Boltons were so sensitive?

Is it cheating to include Jared Leto, whose band 30 Seconds to Mars went from vanity-project laughingstock to respected rock veterans through sheer grit and determination? Probably, but he’s a good lesson of the best-case scenario for all the other dudes on this list. Stick with it, guys, and you too could be waving a giant Ukrainian flag for thousands of cheering fans. 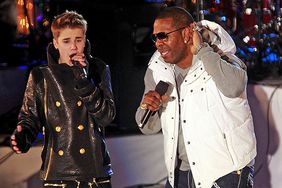 From Bing to Bieber, Listen to the 10 Strangest Holiday Duets of All Time 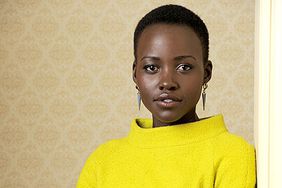