The Twittersphere Is Not Happy About Amy Schumer's 'Formation' Parody

The 35-year-old comedian recently released a parody video of Beyonce’s “Formation” alongside Goldie Hawn, Joan Cusack and Wanda Sykes. And apparently, the Twittersphere isn’t too happy about Schumer’s take on Queen Bey’s hit song and video.

“I quit life,” one Twitter user wrote, posting a recording of the video and providing commentary. Thus the hashtag #AmySchumerGottaGoParty was born Sunday night.

In the parody, called “Get in Formation,” Schumer is seen with Hawn, 70 — with whom she stars in an upcoming mother-daughter comedy slated for 2017 — dancing in a jungle while wearing what appeared to be dirty clothing. Cusack and Sykes make appearances in the video, lending some dance moves of their own.

The comedian posted the video on her own Twitter account, writing, “Okay ladies watch us get in formation.” Although the Trainwreck star has not publicly commented on the response, the hashtag garnered attention into Monday morning.

“I’ll bring some wine… and some confetti,” one person tweeted. “I love confetti #AmySchumerGottaGoParty.”

Another tweeter wrote:” #AmySchumerGottaGoParty i got rum, whisky, chips and dip. I got cards. I got UNO. I got smash bros. we partying till jan 1st 2017.”

Some of the tweets were on the more critical side, with one social media user writing: “Am I the only one who never found her funny from the beginning #AmySchumerGottaGoParty.”

RELATED VIDEO: WATCH: Amy Schumer Takes the Kiss Cam to the Next Level!

Schumer seems to be racking up the headlines lately.

All eyes were on Schumer last week when a handful of her fans abruptly walked out of her comedy show in Tampa, Florida, after she criticized presidential candidate Donald Trump onstage.

“I loved the crowd and my show in Tampa last night! I want to thank the 8,400 people who stayed. We had a great time!” she told PEOPLE in a statement.

“We have always depended on comedians to make us laugh and tell the truth. I am proud to continue that tradition.” 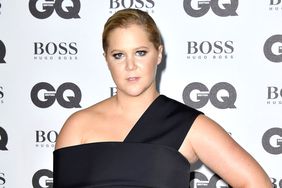 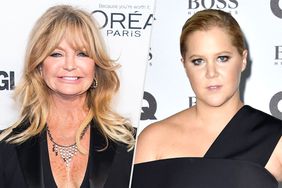