THE OSCAR FOR BLACK LUNG ...

A group of 250 California teens didn’t find the smoking scenes in “There’s Something About Mary” very hot. Last week they gave the film a dubious “Hackademy Award” for the comedy’s portrayal of tobacco use, particularly for mingling cigarettes and a romantic scene. “This is exactly the glamorous portrayal that we want Hollywood to cut out of the movies,” said judge Don Lundy, 18, of Hollywood High School. The judges gave thumbs up to “Armageddon,” starring Bruce Willis and Liv Tyler. Action star Willis did not light up once in the film, despite the impending end of the world. 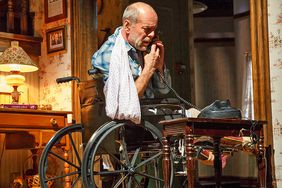 From Thumbs Way Up to Tossing Tomatoes: How Hollywood Stars Have Fared on Broadway