"There was a big a disagreement over their music direction," their spokesperson tells PEOPLE exclusively

The Jonas Brothers are canceling their tour – two days before it was set to begin, PEOPLE has learned. The reason?

“There is a deep rift within the band,” their spokesman, Jesse Derris, tells PEOPLE exclusively. “There was a big a disagreement over their music direction.”

Over the weekend, an argument between the trio – Nick, 21, Joe, 24, and Kevin, 25 – regarding the direction of the band and its music led to the decision to cancel their 19-date tour, which was to kick off Friday.

Ticket holders’ money will be refunded.

Meanwhile, it isn’t clear what this means for the Jonas Brothers, who became a huge success – selling over 20 million albums worldwide – after signing with Hollywood Records in 2007. Asked what the future holds, their rep tells PEOPLE, “It remains to be seen.”

Over the last few years, the brothers have each pursued other projects. Nick and Joe released solo albums and pursued acting careers while Kevin and his wife Danielle have starred in their own reality series, E!’s Married to Jonas.

Earlier this year, the band released new music, with the single “Pom Poms” and more recently, “First Time,” with more to come off of their project, V. Now, that is also up in the air.

A source close to the band says this doesn’t have to do with the fact Kevin and Danielle are expecting their first child, clarifying that it’s only about “creative differences.” 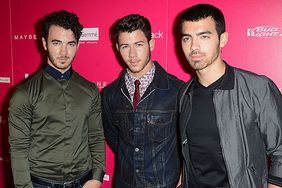 Nick and Joe Jonas Tweet a Message to Their Fans: 'Bear With Us'

The Jonas Brothers Rift Is 'Uglier Than You Think,' Says Source 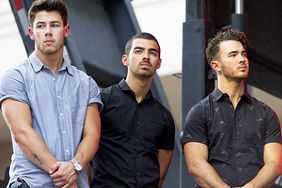 Ouch! When Celebrity Siblings Face Off