After a summer split with Jason Wahler and a brief relationship with Brody Jenner, Lauren Conrad says she’s unattached – and happily so.

Conrad, 20, spoke to PEOPLE on Saturday at her parents’ Laguna Beach home, where she hosted a barbecue for Maci, a 13-year-old girl with autoimmune hepatitis who’d flown to California from Port Saint Lucie, Fl., via the Make-a-Wish Foundation to meet the Laguna Beach and The Hills star.

“You know, I haven’t really liked anyone since Jason,” Conrad, 20, told PEOPLE. “I’m a bad dater. I’m the most socially awkward person, like carrying on conversations and stuff. … I don’t want to date anyone right now anyway, so it doesn’t really matter.”

She and Jenner were never serious, she said. “He’s a cool guy. We hung out a couple of times. But I went into it telling him – I was like, ‘I don’t want to date you.’ Oh, he doesn’t want a girlfriend either!”

More difficult, Conrad said, was her split with Wahler, which sources have attributed in part to Wahler’s partying ways: “Obviously, when you care about someone, you don’t want to see them going down that (self-destructive) road. You want to care about them, you want to help them, but then you have to realize it’s not your responsibility. So it’s easier for me to step back and not know about and not hear about it.”

Thankfully, it’s not all about boyfriend drama. Besides the poolside barbecue, Conrad took Maci for some impromptu boutique shopping.

Maci said Laguna Beach was her favorite show – “and I liked Lauren the best, so I picked her.” She said it was nerve-racking to meet Conrad but that she was quickly made to feel at home. “I asked her about her and Jason and she told me everything,” she says. “I wasn’t sure what she was going to be like, but she’s real nice.”

Conrad said she was just as thrilled about the visit: “This is the most amazing thing to be able to do.” 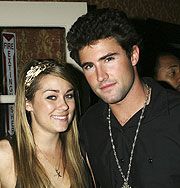 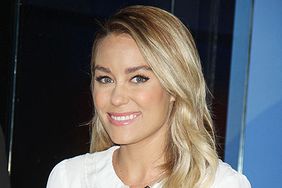 Lauren Conrad Doesn't Think a 'Hills' Reunion Will Happen: 'It Would Be Hard' 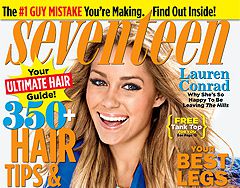 Lauren Conrad: Season 5 of 'The Hills' Will Be the Last 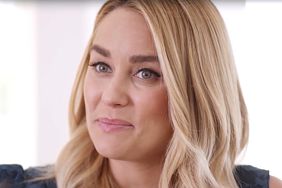