Twenty-five years ago, Andrea Jaeger was the brat of the women’s tennis tour. While rising to No. 2 in the world, she tells PEOPLE she sometimes screamed at linesmen and was standoffish to competitors.

Cut to the present: The former tennis star, surrounded by a gaggle of young cancer survivors, strolls the halls of Cincinnati Children’s Hospital. At each room the gang stops and belts a splendidly off-key version of “Somewhere Over the Rainbow.” In their beds, other kids giggle.

Jaeger’s worldview has changed dramatically: On. Sept. 16 the former tennis terror became, officially, Sister Andrea, an Anglican Dominican nun. Now 41, she has dedicated her life to the care of kids in need, visiting hospitals and running camps for kids with cancer.

Sister Andrea says that even when she was on the tour, there was a more spiritual soul lurking beneath. She says she always felt that “God had a plan” for her.

Her father, Roland, also had a plan, which at the time took priority: A tennis natural since the day she picked up a racquet at age 8, Jaeger won a slew of junior tournaments and turned pro at 14.

Within two years she was ranked number two in the world – and widely disliked by some fellow competitors. Author Rita Mae Brown, who followed the tour back then, was not one of them. “I remember somebody we all loved very much was dying of cancer but we didn’t know it,” says Brown. “Andrea was very gentle in her company; she felt things before the rest of us.”

Likewise, Jaeger recalls how at 15 she entered her first children’s hospital because she admired Brown’s “generosity of spirit,” and found her own calling. “I knew this is what I was supposed to do when I grew up,” she says.

Jaeger’s tennis career ended at the French Open in 1985 when she popped her right shoulder. Seven surgeries later, she retired in 1987. With the $1.4 million she won on the tour, Jaeger moved to Aspen in 1989 to start a foundation with best pal Heidi Bookout. Today, their Little Star Foundation (www.littlestar.org) provides programs for more than 8,000 children a year that are seriously ill, abused or at-risk.

Jaeger didn’t hear the call to become a nun until earlier this year, when it came in a dream. “I was getting a tour of a monastery. My tour director was Catherine of Siena, who mission was to help the sick, the poor and the suffering. She admits that she kept her plans a secret. “My biggest concern was the foundation,” confesses Jaeger, who raises the funds for programs that cost $4.3 million a year.

The first person she told was supermodel Cindy Crawford, a supporter and personal friend. “Becoming a nun is pretty radical,” says Crawford, but “she can’t deny who she’s supposed to be.”

“When people ask if I miss tennis,” says Jaeger, “my answer has always been, ‘No regrets. God wanted me to do something else, and it happened to be helping children with cancer. I love what I do.”

For more on Jaeger, pick up the latest issue of PEOPLE, on newsstands now. 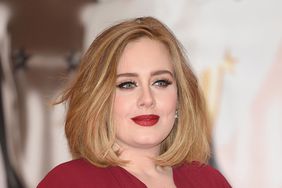 Why Is Tennis Maverick Casals Really Rosie? She's Starting a New Tour for Stars Over 30

A Near-Fatal Fall Broke Gymnast Bonnie Gadusek's Neck, but Not the Spirit That Made Her a Champion

Confident at Last, Martina Navratilova Is No Longer a Fish Out of Water at the U.S. Open 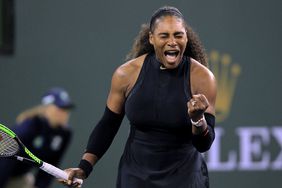 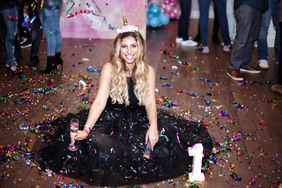