With tears in his eyes, tennis legend Boris Becker, 41, announced that he and his on-again, off-again girlfriend, Sharlely “Lilly” Kerssenberg, 30, will marry on June 12.

“We’ve been together for nearly four years and had our ups and downs. … Last summer I lost my way, but she took me back again,” said Becker, on the German TV show Wetten, dass…?, referring to his three-month engagement to Alessandra “Sandy” Meyer-Woelden, 25, a jewelry designer and daughter of his late manager, Axel Meyer-Woelden.

Wetten, dass…? host Thomas Gottschalk, a friend of Becker’s, joked on the live show, “No, not again?” before wishing the pair all the best. Becker then invited him to the wedding.

Becker and the Dutch Kerssenberg, a sometime model, plan to wed in St. Moritz, Switzerland, the swank ski resort town where in January they had first confirmed that they were together again.

Kerssenberg told Gottschalk that Boris’s ex-wife, Barbara Becker, 42, is very happy for them, and revealed that Barbara and her fiancé, Arne Quinze, 37, an artist from Belgium, may have something more in common with them: “They’re getting married on the same day!” (However, Barbara Becker and Arne Quinze were not on the show to confirm.) 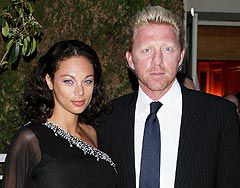 Boris Becker Back in Love 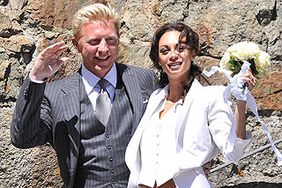 Boris Becker: Yes, I'm Going to Be a Dad (Again) 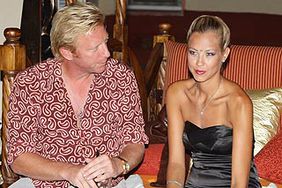 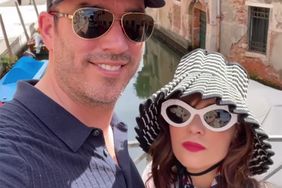