The “Style” singer threw a huge 25th birthday bash for her bestie (who notably got a shout-out in Swift’s early hit “Fifteen“) Saturday night.

In a series of videos posted on Instagram Sunday, Swift revealed her present to Anderson: a pop-up show by the lead singer of her favorite band, Dashboard Confessional’s Chris Carrabba.

Once Carrabba emerges in the frame, Anderson, Swift, pal Hayley Williams of Paramore and the crowd join the emo singer for an acoustic sing along of the band’s 2002 song “Hands Down.”

Anderson was quick to share her excitement, thanking Swift on social media.

Meanwhile, Swift herself took to Twitter to show Carrabba her gratitude: 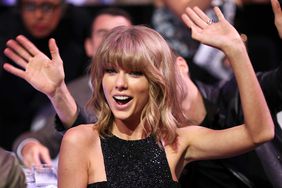 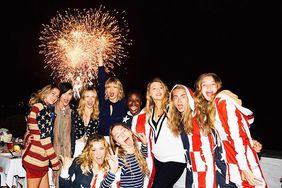 The Taylor Swift Guide to Being the Best Party Hostess Ever