Ethel Kennedy: Taylor Swift Is 'Sensational Inside and Out'

People may talk about Taylor Swift and Conor Kennedy’s whirlwind romance, but it’s clear that the superstar singer has won over the people who count the most – her boyfriend’s family.

“She is just spectacular,” Ethel Kennedy, Conor’s grandmother, said at the RFK golf tournament at the Hyannisport Club on Oct. 12. “She’s just sensational inside and out.”

When asked if her grandson, 18, has taken a liking to Swift, 22, Ethel replied, “Yes! How could you not? I think the world has.”

Last month, a source in Swift’s circle told PEOPLE that the singer, 22, is “head over heels into” Conor, adding, “[She] is on cloud nine. … She thinks she is in love.”

And, it seems, Swift will do a lot for love.

Taylor Swift: I Did Not ‘Kidnap’ Conor Kennedy

“You know what she really is? She’s game. She had never sailed before; she sailed,” Ethel continued. “She had never gone dragging before; she dragged. She played anything that everyone else was doing. And she was good at it and no fuss. And I’m happy that we’ll be neighbors. I’m thrilled.”

“She’s wonderful, we’re all so happy that she’s our neighbor in Hyannis Port. She came up several weekends this summer and she was a complete participant in every single thing with our large and active family,” Kerry told PEOPLE in an interview Monday. “If somebody said, ‘Lets go sailing,’ she jumped on the boat.”

“We’re jumping off the boat to swim to the break walls, holding everybody’s hands and jumping, singing, dancing, laughing, drawing pictures with everybody from the 2-year-old to my mother,” she continued. “[Taylor] is a light. And she’s a star in our family because she is a lovely, sweet, fabulous human being.”

But will Conor fit it Swift’s world? He sure seemed to on Monday night in New York, where he attended the premiere of HBO’s documentary film about his grandmother, Ethel, which airs Oct. 18. 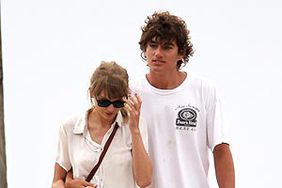 Taylor Swift Buys Home Near the Kennedys on Cape Cod 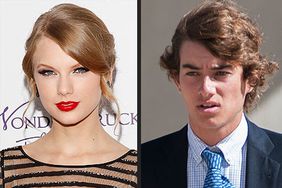 Taylor Swift 'Swept Off Her Feet' by Conor Kennedy: Source 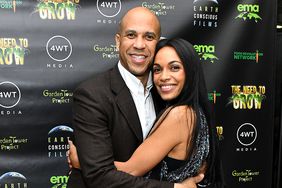 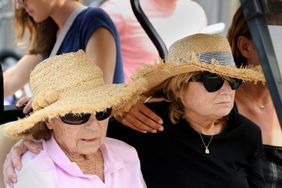