14 Celebs Get Real About What It's Like to Be Famous

Is fame all it's cracked out to be?

"I was really overwhelmed in the very beginning. American Idol was so fast. All of a sudden I was on magazine covers. I was dealing with the personal adjustment I had to make, and then on top of it, there was all this energy behind being the gay guy doing it. I knew I was comfortable saying, 'Yes, I’m gay.' But educating the masses? I didn’t get into this business to be an educator. I just wanted to wear glitter and sing."

"Well, one positive thing [about fame] is that, my family, whatever they want, they get. Everything that I want to buy, I can get. I don’t have to worry so much about my future. One negative thing is that, even though I’m happy, I feel like I was a little bit happier two or three years ago when I had less money. I had less people who had opinions about my life. I felt like my life was mine. Now I feel like I don’t even own my life. I feel like the world owns me."

"Growing up and trying to figure out your life … while people feel like they have some sort of entitlement to know what's going on, is absolutely, excruciatingly terrible — and the only way to get over it, is to go into it. You can't change your face. You can’t change your parents. You can't change any of those things. So I feel like most kids like me end up going down a spiral of depression, and the world is sitting there looking at them through their phones; laughing and making jokes and making memes at the crippling effect that this lifestyle has on the psyche. When you're born into it, there are two choices that you have; I'm either going to try to go into it completely and help from the inside, or… no one is going to know where I am… and I'm really going to take myself completely out of the eye of society. There's really no in-between."

“I honestly used to have no motivation whatsoever to be in the public eye; it scared me. I’ve seen what it can do to people, [and] plenty get hurt. But after a long time of thinking, I started to really see the kind of impact I already have on people, how I was born with a platform, and I didn’t want to waste it. There are so many people who work their entire lives to create a platform and mine was just handed to me ... Why not use it for something important?"

"I don't get asked very often, you know, really super deep things about myself and that is hard and it's scary. Really scary because you just feel like, 'Will I ever, ever again talk to somebody and have them see me as a person?' "

"You can have all the money in the world and it doesn't mean you're a happy person. Money doesn't solve problems. It makes some things easier but it just gives you a different set of problems. Everything has a trade-off in this world. I've learned that from being broke as hell and having money."

"For a while my private life was the most talked about thing. Nobody really knows everything and they can only assume. You want to do what you love but all this other stuff overshadows it so it makes it a little harder for people to take me seriously."

"If I could do whatever I wanted, I would have a successful makeup line, and I would want to hopefully start more businesses, and just be, like, a businesswoman, and then, hopefully, I'll go off the map. When I'm, like, 30, I want to go off the map, have a family, and live in Malibu with a farm, and just raise my own chickens."

"I have wondered that before. A lot of times … I'm actually a very private person. Sometimes I'm in denial that I'm really famous. It's too much, I think, for someone to reach that kind of magnitude to really understand it."

"To me the C-word is 'celebrity,' the F-word is 'famous,' and the S-word is 'star.' I despise those words. Unless you're Tom Hanks or anyone of that caliber who can't leave their house without being mobbed, I don't think that those words should be used and applied to you. As far as the perks go, you know, it's kind of one of the disgusting things about this industry. The more money you make, the more free stuff you get. I think that that's weird, and I'm not a huge fan of it."

"I feel isolated. You're in your hotel room and there are fans all around, paparazzi following you everywhere, and it gets intense. When you can't go anywhere or do anything alone you get depressed … I wouldn't wish this upon anyone."

"I like it when I'm on the stage, but honestly, I would be very happy if I could cut it off, just enjoy my life when I wasn't performing."

"I am just not okay with it. It's as simple as that. I am just a normal girl and a human being, and I haven't been in this long enough to feel like this is my new normal. I'm not going to find peace with it."

"Playing stadiums ... walking down the street … I'd choose playing stadiums. It's a trade-off. There's no way to travel two roads at once. You pick one. And if you don't like the road you're on, you change direction." 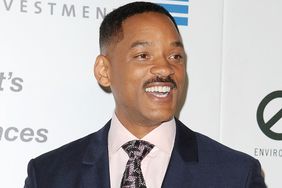 The Great Fame Debate: 8 Stars On Why They Either Love or Hate Life in the Spotlight