Next stop of the Hiddleswift love tour is Queensland

Taylor Swift and Tom Hiddleston can now check off Australia as their fifth romantic destination together.

The couple were seen arriving at Sydney International Airport on Thursday. The evening before, there was a Hiddleswift sighting at Los Angeles Airport where they landed from Rhode Island, the location of the singer’s “Taymerica” Fourth of July weekend bash.

Swift, 26, – who was last Down Under in November 2015 for her 1989 World Tour – was spotted walking arm in arm with her British beau as they made their way through the terminal.

Their previous PDA-packed getaways have been to Rhode Island, Nashville, Suffolk and Rome.

It’s back to work for Hiddleston, 35, as he prepares to shoot Thor: Ragnarok in Queensland. The Marvel-based film began production earlier this month as director Taika Waititi and leading men Chris Hemsworth and Mark Ruffalo have posted sneak peeks from the set on social media.

While it is yet unknown if Swift will be visiting the actor at his work, she may get the chance to mingle with Hiddleston’s co-stars Cate Blanchett, Idris Elba, Jeff Goldblum, Anthony Hopkins and Tessa Thompson.

Swift and Hiddleston, who met May 1 at the Met Gala, only just went public with their romance a few weeks after she split from ex Calvin Harris after 15 months of dating. 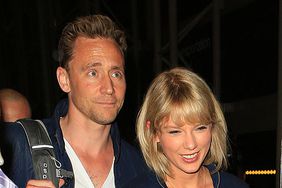 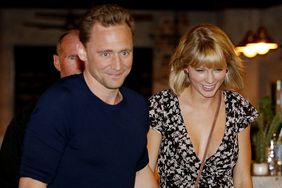