Taye Diggs didn’t run off to Jamaica to get his groove back — but he did go there to get married, PEOPLE reports.

The actor, 32, currently seen tickling the ivories in the Golden Globe-winning movie “Chicago,” tied the knot with longtime girlfriend Idina Menzel, 31, on Jan. 11 at the Round Hill resort in Montego Bay — the same place where he filmed his breakout movie, “How Stella Got Her Groove Back.”

Marla Weinstein, a publicist for the star, says the couple had a nighttime ceremony overlooking the ocean. It was a small event (fewer than 100 guests), and “they were surrounded by friends and family,” she said.

Diggs goes back several years with Menzel — the pair both appeared in the original Broadway production of “Rent,” which scored her a Tony nomination in 1996 for her portrayal of Maureen.

Diggs then went from stage actor to big-screen female fantasy, showing his rear and steaming up a shower with Angela Bassett in 1998’s “How Stella Got Her Groove Back.” Diggs has gone on to star in films such as “The Best Man” and “Brown Sugar,” and he did a stint on FOX’s “Ally McBeal.”

Menzel, meanwhile, has released an album, and she appeared onscreen in last year’s “Kissing Jessica Stein.” 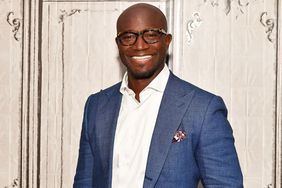