Gowns, schmowns! From Robert Pattinson to James Franco, see the sexy men who turned up the heat in black tie

The Twilight star lives up to his heartthrob status in head-to-toe Dolce amp Gabbana on the red carpet outside of L.A.'s Kodak Theatre.

With his mustache now grown into a neat goatee, the actor chose Tom Ford from head to toe – including a classic two-button tuxedo and bow-tie – for his stroll down the red carpet.

The Sexiest Man Alive becomes the host with the most, kicking off the show with a hilarious song-and-dance routine in his custom Burberry three-piece tuxedo and Ferragamo shoes.

Whether in his Wildcats uniform or in a sleek black peak-lapel Dolce amp Gabbana tuxedo, the High School Musical star shows his sartorial versatility.

Arriving on the red carpet with girlfriend Ahna Riley, the Milk star is debonair in his Gucci tuxedo – a departure from his funky duds in '70s-set Milk.

He doesn't need his Iron Man suit to make an impression! The Best Supporting Actor nominee (for Tropic Thunder) is debonair with wife Susan Levin at his side.

No Milk 'fro here! The actor suits up in a sleek tuxedo and equally sleek locks outside the Kodak Theatre.

Is it any wonder that James Bond looks so dashing – and at ease – in his Dolce amp Gabbana tuxedo?

Before the singer can hit the stage as a presenter, he's effortlessly smooth on the red carpet in a chocolate brown Prada tuxedo, white shirt and matching brown tie.

The Knocked Up star is a new man, thanks to slimming down for his role as the Green Hornet. 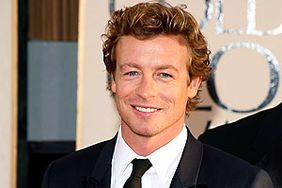 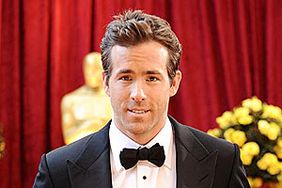 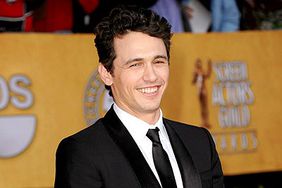