He was "incredibly gifted," says his former costar in The Client

Susan Sarandon is speaking out following the death of 25-year-old actor Brad Renfro, with whom she starred in 1994’s big-screen adaptation of John Grisham’s The Client.

“I had the pleasure of working with Brad when he was eleven in THE CLIENT. It was obvious to everyone that he was the sweetest, most incredibly gifted young actor to come along for some time. My heart goes out to the family for their tragic loss.”

An autopsy is planned for Thursday to determine how Renfro died. Renfro, who has battled drug problems over the years, was drinking Monday night, according to roommates who discovered his dead body Tuesday morning and made the 911 call. Los Angeles County coroner’s office Lt. Cheryl MacWillie says the autopsy will be done on Thursday, but toxicology results normally take several weeks. 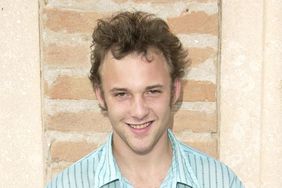