A lawsuit has been filed in California by a surrogate mom who has been asked to abort one of the triplets she’s carrying because the father only wants twins.

The 47-page complaint, file today in Los Angeles Superior Court, details the heart-breaking story of Melissa Cook, a 47-year-old mother of four who has refused to abort the child and now wants the state’s surrogacy law declared unconstitutional.

“I have a deep empathy for men who want children,” Cook says in a statement released to PEOPLE. “However, I now think that the basic concept of surrogacy arrangements must be re-examined, scrutinized and reconsidered.”

Cook was hired for $33,000 by a Georgia man, identified only as “C.M.” in court papers, to have a child by in-vitro fertilization, using his sperm and the eggs from a 20-year-old donor. Sometime around nine weeks into her pregnancy, she learned that all three embryos she’d been implanted with had gone on to develop normally.

Soon after informing C.M. that she was carrying triplets, he began demanding that she abort one of the fetuses. “I made my decision which is best,” C.M. wrote to Cook, according to court papers.

By November 2015, Cook had refused, informing C.M., a 49-year-old postal worker who lives with his parents, that she would seek custody of one of the children. C.M. replied that he intended to “surrender the child to a stranger in an adoption,” according to the documents.

C.M.’s attorney allegedly wrote to Cook, who is now 23 weeks pregnant, warning her that her refusal to undergo an abortion would make her liable “for large money damages.”

In today’s court filings, Cook’s attorneys are arguing that California’s surrogate law [one of at least 22 states with similar contractual surrogacy arrangements] violates due-process and equal-protection rights guaranteed in the U.S. Constitution.

“The Surrogacy Contract in this case and the California Surrogacy Enabling Statute will not withstand constitutional scrutiny,” says Cook’s New Jersey-based attorney Harold Cassidy, who represented the surrogate mother in the high-profile Baby M case during the late 1980s.

“The notion that a man can demand that a mother terminate the life of one of the children she carries by an abortion, and then claim that she is liable for money damages when she refuses, is cruel to the mother. The idea that when a mother offers to raise the child that the man wanted her to kill, but the man insists that the child be raised by a stranger instead of the mother who loved him and saved his life, is cruel to the child.” 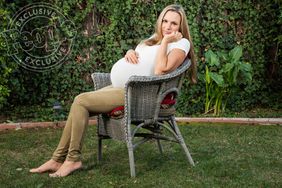 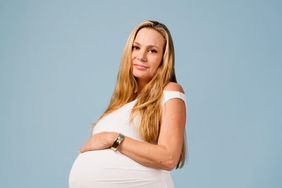