The New York Film Critics Circle divided its top awards Wednesday between two films about World War II. “Saving Private Ryan” won best picture of the year, while Terrence Malick was named best director and John Toll won best cinematography for “The Thin Red Line.” The awards are often seen as a bellwether of the Academy Awards, for which “Saving Private Ryan” is considered a strong contender. Nick Nolte won the circle’s best actor award for his performance in “Affliction,” and, in the most surprising move, Cameron Diaz was voted best actress for “There’s Something About Mary.” The awards will be presented Jan. 10 at Windows on the World at the World Trade Center in Manhattan. 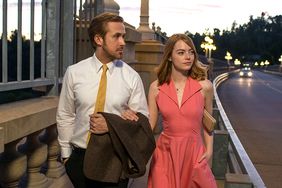