Supergirl is coming to the CW’s Smallville. Canadian actress Laura Vandervoort just got the call Wednesday that she has been cast and will start shooting with Tom Welling, Michael Rosenbaum and Aaron Ashmore next week in Vancouver.

“She’s a combination of beauty, intelligence, a certain warmth, and great attitude,” Smallville co-creator Al Gough tells PEOPLE. “We’ve wanted a character to shake things up. She may be Clark Kent’s cousin, but that doesn’t mean she’s going to be the obedient one!”

Since mid-May, when DC Comics approved of introducing Supergirl to the Smallville series, creators Gough and Miles Millar have seen hundreds of actresses for the part but found perfection in Vandervoort, 22, of Toronto, who may be known to fans of the cable series Instant Star as Sadie Harrison. “She was speechless but she was very excited,” Gough says of Vandervoort’s reaction to the news.

Supergirl will be introduced to viewers as Kara, Clark’s cousin, who was born on Krypton and has all of Clark’s powers plus the ability to fly. Watch for her to spark romance with Jimmy Olsen (Ashmore) as well. 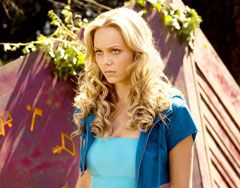 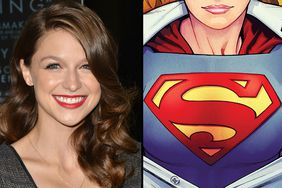