Despite rooting for different teams, Ashton Kutcher and Demi Moore keep things friendly with Justin Timberlake at the Audi Forum Dallas's pre-Super Bowl Bash on Feb. 4. "Now the depression of no more football sets in," Kutcher Tweeted after the Green Bay Packers beat the Pittsburgh Steelers, 31 - 25. "I can't live w/o my NFL."

After trying out his own football skills in the Celebrity Beach Bowl, Chase Crawford kicks back with his sister, Candice, and her Dallas Cowboys fiancé Tony Romo over dinner. "Tony and Chace are already friends. They're going to have fun being brothers-in-law," a source tells PEOPLE.

With just two hours to go until kickoff, Just Go with It costars Jennifer Aniston and Adam Sandler get in on the action, chatting about the upcoming match from the ground at Cowboys Stadium.

Look who's not shy! After cameras caught a shot of Cameron Diaz feeding her Yankee slugger beau Alex Rodriguez popcorn during the game, the twosome keep the PDA fest going in their suite at Cowboys Stadium.

"Very exciting to be at the superbowl," Tweeted Julianne Hough, who gets a close-up with boyfriend Ryan Seacrest during FOX's pre-game show at Cowboys Stadium.

A triumphant Michael Douglas – who recently announced that he is cancer-free after battling throat cancer – takes in the Super Bowl scene with wife Catherine Zeta-Jones. The actor voiced Journey to Super Bowl XLV, a retrospective on the Packers and Steelers, which kicked off the big game.

How's that arm? new dad Owen Wilson shows off his form during the pre-game. The die-hard Cowboys fan admitted that it was his first visit to the new Cowboys Stadium – and he was staying neutral during the match. "I picked the Steelers, but I could see Green Bay winning also," he said. 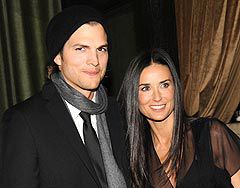 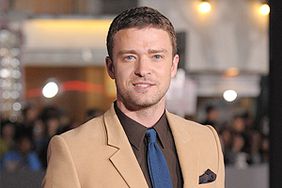