Madonna will be at the pre-game, and Phil Collins, Christina Aguilera, Enrique Iglesias and Toni Braxton will top the half-time lineup during the Super Bowl, the National Football League announced over the weekend. The half-time show, titled “Tapestry of Nations” and produced by Walt Disney Attractions, will feature an 80-member orchestra, puppets, a choir and special fireworks. (The Jan. 30 game at Atlanta’s Georgia Dome will be aired on ABC.) Madonna will introduce her new single, a rendition of Don MacLean’s classic “American Pie.” Tina Turner and country star Travis Tritt will also perform in a salute to “Great American Music of the 20th Century.” At the kickoff, Faith Hill will sing “The Star-Spangled Banner.” 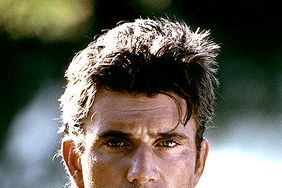