What really happens on the road? Find out what Katy Perry, Keith Urban, Britney Spears and more are posting in their Twitter pics!

Look out, Russell Brand! While taking her California Dreams tour Down Under, Perry got thisclose to a local fan. she Tweeted.

Run out of clothing on the tour bus? That's okay – Rihanna will just pillage her own concert merchandise! The singer shared this self-portrait while hitting the road with Cee Lo Green.

"At soundcheck in Hershey, PA – getting ready for another run of shows!" Tweeted the country star, sharing this epic shot at the city's aptly named Giant Center.

If there's one thing you can count on during Ke$ha's Get Sleazy tour – it's glitter. Lots and lots of glitter. Before performing at the Manchester Apollo theater, the "Blow" singer showed off her "new glitter gloves."

Mother Monster, Down Under! The singer headed to Sydney to perform an exclusive, never-to-be-repeated Monster Hall concert just for her Australian fans. "I can be the queen that's inside of me," Tweeted Gaga, quoting her own song, "The Queen," for this photo with some gender-bending performers. "Had the time of my life in Sydney last night. All the girls were in town," the singer wrote.

Even Swift is a little intimidated by the packed crowd at the Gillette Stadium – where the New England Patriots play – in Foxborough, Mass. "Woah," Tweeted the singer.

Double the boy bands means double the energy! "Nick Carter and I debating the merits of our preferred sources of caffeine," Tweeted Donnie Wahlberg, whose group, New Kids on the Block, is touring with Backstreet Boys this summer. Their beverages of choice? "Starbucks amp RedBull!" Wahlberg wrote.

Meanwhile, NKOTBSB's opening act, Glee star Matthew Morrison, met up with his costar from Broadway's Hairspray, Marissa Jaret Winokur, at the tour's Anaheim, Calif., stop. "It's a HAIRSPRAY reunion backstage!" he Tweeted. "Thanks Marisa for coming down tonight!"

While hitting the road for the Vans Warped Tour, Automatic Loveletter singer Juliet Simms changed up her blonde hair, adding pink, purple and blue stripes. "Now all i need is my pegasus," she joked of her rainbow-hued do.

"The one and only Rivers Cuomo!" Tweeted All Time Low guitarist Jack Barakat when the Weezer frontman joined the pop-punkers on stage during the T in the Park festival in Kinross, Scotland. Cuomo lent his vocals to the band's single, "I Feel Like Dancin'," which Cuomo co-wrote.

The iCarly star gave fans a behind-the-scenes peek at rehearsal for her Dancing Crazy Summer Tour. "Having a blast with my band!" she Tweeted. "Playing some guitar this tour! ;)"

The singer took time out from her California Dreams tour to take part in the Internet craze of planking – which is, you guessed it, posting pics of yourself lying flat on an object – from the set of her new mermaid-themed video. "PROPER planking FTW! #itswhatArielwoulddo," Tweeted Perry. (FTW = For the Win.)

Your Comprehensive Guide to the Most Devoted Fanbases in Music 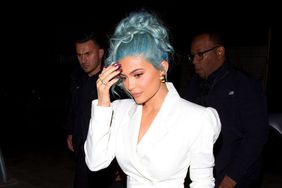 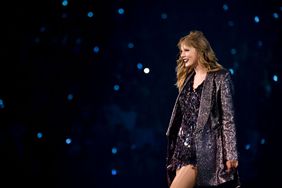 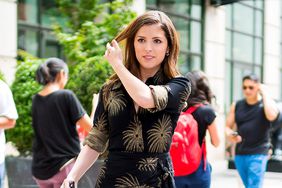 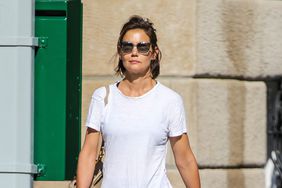 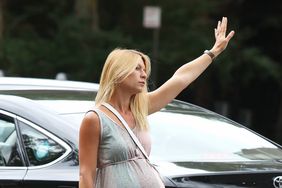