Corina Calderon is comin’ in hot.

The End of Watch actress plays Grace – a role that was kept hush-hush in fear of spoiling the film – in this summer’s hit movie, Suicide Squad.

The rising star was in great company on set surrounded by Hollywood heavy weights like Will Smith, Margot Robbie, Jared Leto, Common, Cara Delevingne and more.

Here are five things to know about the stunning Latina superhero:

Calderon moved from her native Austin, Texas to Los Angeles in 2010 to pursue acting. Just a short time after, she was offered her very first feature film, End of Watch, by Ayer. And it was Calderon’s great work that kept him coming back for more.

“I got the Suicide Squad role offered to me by David Ayer because he liked working with me in End of Watch and now wanted to work with me in Suicide Squad,” Calderon tells PEOPLE exclusively.

“I spent a lot of time on set with him in the director’s chair just watching the monitors, or I would go and sit with his wife behind the scenes,” she continues about establishing a professional relationship with Ayers. “Me, him and one of the producers were talking and he said, ‘I’ve heard a lot about you. You were one of the first ones cast on this film. David Ayer really liked you. He gave you this role and no one else read for it.'”

Calderon and Moncada – he and his real-life brother, Luis, played cousins Leonel and Marco Salamanca in Breaking Bad – haven’t worked together just yet, but it’s not out of the question

“We haven’t [worked together yet], but we’ve been close – so close to working together we’ve even been at the same callbacks before we got together,” she says.

“My boyfriend has always been a comic nerd, so he’s educated me on some of that,” she says about Moncada helping her get situated in her Suicide Squad role.

3. Wonder Woman is her doppelganger.

Though she wasn’t always a fan of comics, Wonder Woman’s beautiful long brown locks and her ability to push through boulders (or the Earth) strongly resembles Calderon.

“I have a little Wonder Woman figurine – a little toy that a friend gave me in Austin from an acting class,” the actress says about the superhero. “He said I really reminded him of Wonder Woman because I’m so strong. I’ve always kept this little figurine there to remind me that I’m strong, that I’m powerful.”

4. Gina Rodriguez was one of her first friends in Hollywood.

“I got to meet Gina Rodriguez in 2012 at the Alma Awards through another friend, Jesse Garcia,” Calderon recalls. “She reminded me of when I first started school in kindergarten and I didn’t have friends and wanted to go home with my mom, and there was this girl on the playground that came and said hi to me and asked if I wanted to be her friend . . . that’s how Gina was for me here in LA.”

She continues, “I’m so glad I met that chick because she showed me to just be myself, just be who you are and I love that she really talked about body image and being yourself. Meeting her really helped me ground myself.”

5. She’s a big proponent of letting your mind rest.

When Calderon has some time to step away from the cameras and relax, she chants as a form of meditation.

“I chant – and that’s part of my relaxation, too,” says the actress, who’s “been Buddhist for the past two-and-a-half years.”

“I love being at home cozy with my dog – he’s a Yorkie mix,” she adds. “I adopted him about three years ago from the West LA pet shelter. I’m a big time homebody, so I like to be cozy at home either with hot tea or a glass of cabernet, some good snacks and a good movie.” 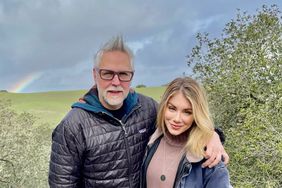 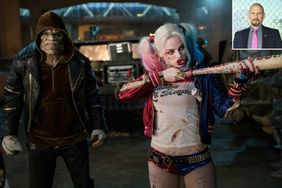 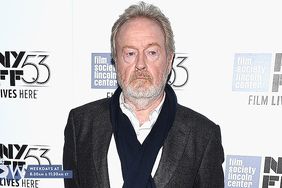 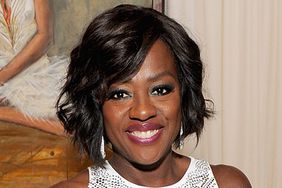 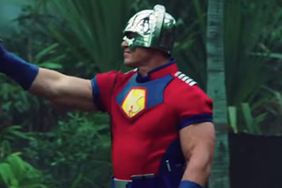 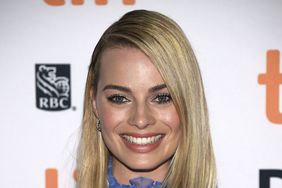