8 Fascinating Backstories Behind Celebrity Names, From Beyoncé to Leonardo DiCaprio

Can you guess which celebrity was named after a famous artist? Or which star's moniker was inspired by the gas station attendant that helped deliver them?

Queen Bey's mom Tina Knowles-Lawson opened up about her eldest daughter's unique moniker on the In My Head with Heather Thomson podcast, sharing that "Beyoncé" is actually Tina's maiden name.

"A lot of people don't know that Beyoncé is my last name. It's my maiden name," the fashion designer and businesswoman, 66, said. "My name was Celestine Beyoncé, which at that time was not a cool thing to have that weird name. I wanted my name to be Linda Smith because those were the cool names."

The "Rare" singer is named after Tejana icon Selena Quintanilla, a Mexican music sensation who was killed by the president of her fan club in 1995.

According to Teen Vogue, Gomez spoke to Sacramento's NOW 100.5 about her parents' decision to name her after the singer.

"My dad and mom were huge fans. My name was going to be Priscilla, but my cousin actually took the name when she was born six months before me. They actually loved [Selena's] music, so they just named me after her."

Once Upon a Time...in Florence, a future Academy Award-winning actor was named after a famous painter.

"My father tells me that they were on their honeymoon at the Uffizi Gallery in Florence, I believe." DiCaprio told NPR of his name's origin story in 2014. "They were looking at a da Vinci painting, and allegedly I started kicking furiously while my mother was pregnant. And my father took that as a sign, and I suppose DiCaprio wasn't that far from da Vinci. And so, my dad, being the artist that he is, said, 'That's our boy's name.'"

The Selling Sunset star has perhaps one of the greatest name origin stories of all time: Her mother went into labor at a Shell gas station, where an attendant named Chris helped to deliver the baby, prompting her parents to join the names together into what is actually the former All My Children star's middle name. (Her first name is Terrina.)

The media mogul may be known by her famous first name, but Oprah was actually born with the name Orpah, after a figure in the Bible.

"I was born in rural Mississippi in 1954, and I was born at home, and there were not a lot of educated people around," she told the American Academy of Achievement in a 1991 interview. "My name had been chosen from the Bible, my Aunt Ida had chosen the name, but nobody really knew how to spell it. So, it went down as 'Orpah,' on my birth certificate, but people didn't know how to pronounce it. So they put the 'P' before the 'R,' in every place else other than the birth certificate. So on the birth certificate it is Orpah, but then it got translated to Oprah."

Call him by his name: Armand Hammer. No, he's not named after the leading baking soda brand — although he was teased for that as a child — but rather for his great-grandfather. That Armand Hammer was a wealthy businessman, according to Slate, and he was named for the arm-and-hammer logo of the Socialist Labor Party, which his father was involved in.

The Jurassic World star shared the story behind her name on a Google Cameo: It comes from Bryce Canyon, known for its crimson colored rock formations, "because both my parents are red heads and they knew that was gonna happen," she explained. "Dallas is where I was conceived, and Howard, I think you can guess the answer to that. That's my name!"

At first glance, the supermodel's name (actually her first and middle name; her last name is Robinson) appears to be paying tribute to serious fashion royalty. But while the star's first name is after Coco Chanel, but her middle name is not an homage to fellow supermodel and industry icon Iman — it actually honors a cousin, who also shares the name, according to Teen Vogue. 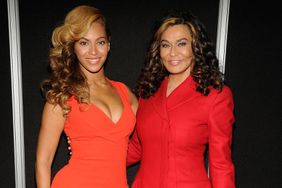 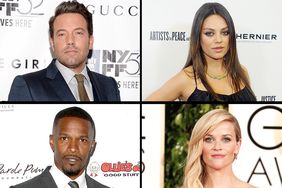 Stars' Real Names Revealed! You Won't Believe What Their Parents Called Them