Matt Stone and Trey Parker, the creators of the irreverent cartoon series “South Park,” got the green light from Comedy Central to produce a new series with a political twist, reports Variety. The show, “Family First,” an offbeat political comedy series featuring live actors, has been picked up for 10 episodes. The lead character will be the President of the United States — but we won’t find out until Election Day who will get the nod to play Bush or Gore. A Comedy Central spokesman says that other actors will play real-life White House staff members as well as fictional characters on the series, which will be shot on film with one camera rather than taped in front of a live studio audience. 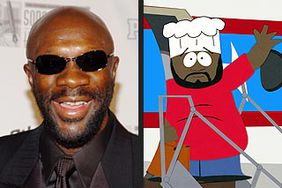 Chef Back in 'South Park,' Minus Hayes