Wonder reveals he has been separated from Morris since October 2009, according papers filed Friday in Los Angeles Superior Court.

He cites irreconcilable differences and requests joint custody of the couple’s two sons, ages 10 and 7.

The musician, 63, states that he will pay both spousal and child support.

This was the second marriage for Wonder, whose legal name is Stevland Morris. He reportedly has seven children in all from his marriages and relationships.

A Motown recording artist when he was 11 and on the charts (with “Fingertips”) when he was 13, Wonder boasts a string of hits that include “Uptight (Everything’s Alright),” “For Once in My Life,” “Signed, Sealed, Delivered I’m Yours,” “Superstition,” “Sir Duke,” “I Wish” and “I Just Called to Say I Love You.” In 2008, he was listed by Billboard magazine as the fifth hottest artist of all time, behind only the No.-1-ranked Beatles, Madonna, Elton John and Elvis Presley. 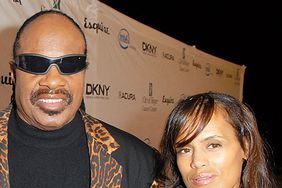