Steven Spielberg Reacts to 'BFG' Author Roald Dahl's Anti-Semitism: 'This Is a Story About Embracing Our Differences'

Steven Speilberg did press on the fourth day of the 2016 Cannes film festival Saturday, for the world premiere of – the director’s adaptation of the Roald Dahl‘s 1982 children’s book.

But the 69-year-old Jewish director, who won an Oscar for his work on 1994’s Schindler’s List, remained tight-lipped about Dahl’s alleged anti-semitic views.

“I wasn’t aware of any of Roald Dahl’s personal stories,” Spielberg told press ahead of the film’s premiere. “I was focused on this story he wrote.”

“This is a story about embracing our differences,” he added.

Writer Jeremy Treglown’s 1994 unauthorized biography of Dahl – who died in 1990 – describes the children’s author as “a fantasist, an anti-Semite, a bully and a self-publicizing trouble-maker.” Rumors of Dahl’s anti-semitic opinions have left a dark mark on the bright legacy the author created with class books such as James and the Giant Peach, and Fantastic Mr. Fox.

Related Video: Jessica Capshaw’s Favorite Movie from Steven Spielberg (a.k.a., Her Stepdad) Is .

The BFG, hitting theaters July 1, follows the Big Friendly Giant (Oscar-winner ) and his new orphan girl friend (11-year-old newcomer Ruby Barnhill) as they they set out to take on a group of people-eating giants planning to take over the world. 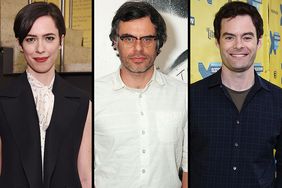 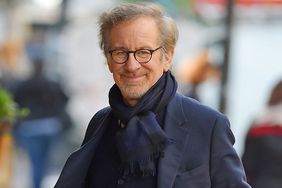 How Steven Spielberg Found His Next Drew Barrymore for 'The BFG' 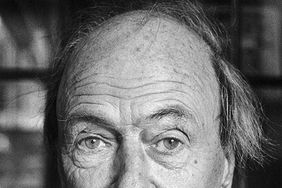 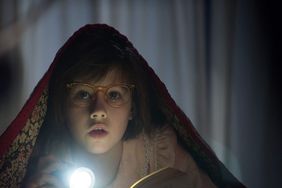 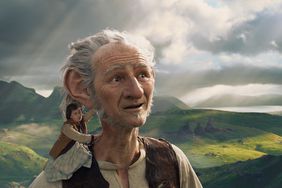 'The BFG' PEOPLE Review: A Whoopsy Wiffling Ringbeller for the Whole Family