The actor's son and daughter have their own "very pure" humor, he says

“Kids are funny in general because they’re unfiltered and they’re wise, but they’re not jaded by anything,” the actor and comedian, 47, told PEOPLE on Monday at the premiere of his latest film, Dinner for Schmucks, at New York’s Ziegfeld Theatre.

“Their sense of humor is very pure, and they don’t even a lot of times know when they’re being funny, because it’s just so honest. And I think that’s what makes them so funny.”

Steve Carell Is a Romantic (and Takes Out the Trash)

What’s the most amusing thing they’ve done or said? He couldn’t begin to narrow it down. “My kids doing something funny? Oh boy, they do something funny every day,” he says.

But despite their comic pedigree – Carell’s wife Nancy is also a comedian – Elisabeth Anne, 9, and John, 6, aren’t all that impressed by their dad’s big-time jobs. “I don’t really talk so much about work, because when I’m home, I just don’t feel like it’s that interesting for my kids,” Carell says.

He explains: “It’s just what I do. I don’t think it defines me at all in their eyes. And I think the less we make of it, the better off for them, and certainly for me, too.”

They haven’t even asked about the title of the new movie – in particular, what a “schmuck” is. Which is good, because Carell wouldn’t know how to explain it. (A Yiddish word, “schmuck” generally refers to a stupid jerk.) 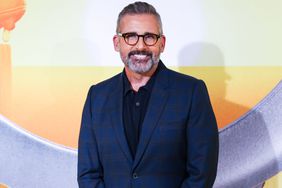 Steve Carell thinks his kids are funnier than him 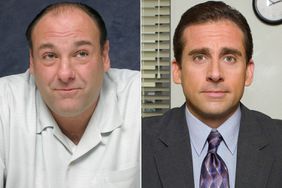 Steve Carell on spending time with his kids

Steve Carell on the 'Fine Line' of Fatherhood 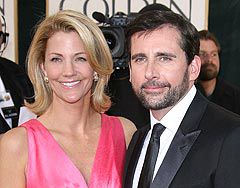 Steve Carell Is a Romantic (and Takes Out the Trash)

Steve Carell: I Can't Protect My Daughter From Heartbreak 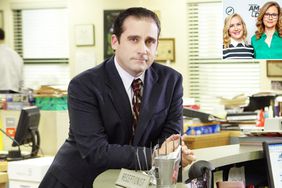 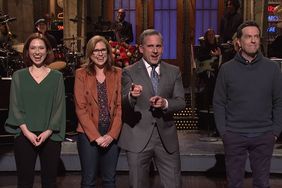