Steve Carell: Keep Me Away from Office Equipment

Steve Carell would have a problem working in a real office: He’s a technophobe.

“I dream about computers that turn into evil robots and eat my face. I’m not kidding,” the star of NBC’s The Office tells Parade magazine. “There’s no deep reason – no ticking toy ever harmed me in my youth. I never got a big electric shock. I just don’t have the aptitude for technology or even the inclination.”

He does admit, however, to being comfortable with domestic appliances. “I have figured out toasters and blenders and the television. I’ve got that down – the on/off button and the cable box,” he says. “And I’m going to brag now: I can do everything with a microwave. But that pretty much covers it in terms of my technology acumen.”

But Office costar B.J. Novak, who admits to being “addicted” to his BlackBerry (“I get made fun of a lot in the writer’s room for being on it constantly. I’m a writer for the show too, so that’s where I spend a lot of my time,” he says), admires Carell for his lack of tech savvy.

“He actually communicates with people. He actually asks people how they’re doing and makes friends and learns names and makes small talk while the rest of us retreat into our own little worlds in between each take,” says Novak. “Steve is the only true gentleman on the set. Steve is old-fashioned, and it works.” 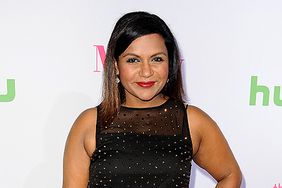 Mindy Kaling Opens up about the Torment of Juice Cleanses, Dropping a Dress-Size for James Franco and How Being Called 'Curvy' Mortified Her

So You're Still Having Trouble Making Those Christmas Toys Work? Don't Worry, It's Not Your Fault

Tobey Maguire on the Importance of Being Present

The IBM Case Arches Eyebrows in Silicon Valley, Where High-Tech Spying Is 'a Way of Life'

Feeling Fatigued and Forgetful? the Power Line Next Door May Be the Source of Your Burnout

Behind the Scenes: 2014 Cannes