World Wrestling Federation star “Stone Cold” Steve Austin was released from Methodist Hospital in San Antonio on Wednesday, three days after doctors performed spinal surgery to relieve chronic pain in his neck, arms and legs. (A bone graft, a metal plate and screws have now taken the place of two of the cervical disks in his neck.) Austin, 35, is recuperating at his home in Boerne, about 30 miles northwest of San Antonio, said Dr. Lloyd Youngblood, who added that Austin could return to the ring in six to 12 months. Meanwhile, those rumors that Austin and WCW star Bill Goldberg are brothers have turned out to be just that — rumors. USA Today reports that although both men are bald, and Goldberg is also recovering from surgery (on his arm), any relationship ends there.

Dr. Lyman Smith Tangles with the F.D.A. Over His Papaya Enzyme to Treat Bad Backs

Show Some Backbone and You Can Ease That Pain, Says Dr. Hamilton Hall 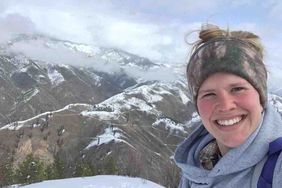