March married tech investor Dan Benton on Friday at their home in Katonah, New York, surrounded by family and a few close friends

March, 43, was introduced to Benton, 58, the founder of Andor Capital, by a mutual friend in October 2015, several months after her divorce from celebrity chef Bobby Flay after 10 years of marriage.

“They met for cocktails at the West Village bar Orient Express and had dinner afterwards,” says a friend. “But their first real date was a TED Talk [of educator Sal Khan of the Khan Academy] after which they talked for four hours.”

“Dan adores her and supports her,” says the friend. “He was by her side when she was received the 2016 Board of Governor’s Award from the World of Children, a non profit devoted to improving the lives of children.”

On July 24, the day after March’s 43rd birthday, Benton proposed while the two were on vacation in Greece.

FROM PEN: All the Exclusive Details on Tara Lipinski’s Ultra-Chic Southern Wedding — ‘It Was a Fairytale’

For the wedding, the bride wore a Dolce & Gabbana gown and walked down the aisle to the Star Wars theme song, which her best friend played on her grandmother’s piano: “Both Stephanie and Dan’s families love Star Wars,” explains the friend.

Following the tradition of “something borrowed and something blue,” March’s dress was accented with a blue hydrangea print, and she borrowed her younger sister, Charlotte’s, earrings.

The ceremony was followed by an outdoor luncheon.

“I’ve never seen Stephanie as happy or as beautiful as she was today,” says March’s good friend Rebecca Perkins, who is the co-founder, along with March, of the Rouge Makeup Salons in New York City. (She also did the bride’s makeup, as well as that of March’s sister and her mother.)

“She and Dan were surrounded by a close knit group of people who love, support and adore them,” added Perkins. “Stephanie’s family friend designed the magnificent floral arrangements, I did her makeup, and her best friend played her grandmother’s piano as Stephanie walked down the aisle … It was an absolutely picture-perfect ceremony.” 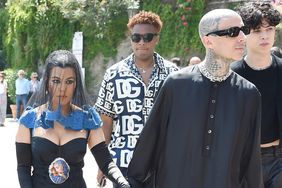 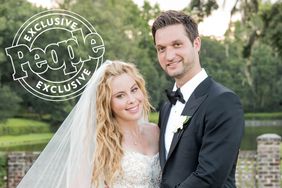