Nicole Kidman trades her long locks for a short wig and vintage outfits for the upcoming movie Grace of Monaco. The film, set in 1962, follows the life of the Oscar-winning actress, who said goodbye to Hollywood after marrying Monaco's Prince Rainier in 1956.

For the upcoming biopic Hitchcock (out Nov. 23), the actress takes on the world of film noir with her portrayal of Janet Leigh, the terrorized leading lady of the 1960 horror classic Psycho. "The extent to which Scarlett was able to channel Janet [was] a real surprise," the film's director, Sacha Gervasi, said. "She brought it in such a way that no one really anticipated."

There's no denying that uncanny resemblance! Headlining Hitchcock's impressive cast roster, the Oscar winner looks every bit the part for his transformation as The Master of Suspense.

Also starring in Hitchcock, the bride-to-be eerily transforms into actress Vera Miles, who played Janet Leigh's Psycho sister. On that film, Hitchcock tried to create a frumpy on-screen appearance for longtime muse Miles – a look that wasn't easily achieved on Biel. "What Hitch tried to do to Vera we tried to do to Jessica, and the results were equally ridiculous," Gervasi said. "It is not possible to make Jessica Biel dowdy."

"I have always admired and had enormous respect for Elizabeth Taylor. She was not only an incredible actress but an amazing woman as well. I am very honored to have been asked to play this role," Lohan said about her performance as the late actress in the November Lifetime movie Liz amp Dick.

Transitioning from hip-hop to rock 'n roll, the Outkast frontman channels his inner rock star with his tribute to the late guitarist in All Is by My Side. While audiences won't hear Benjamin singing any Hendrix tunes (the Hendrix estate reportedly refused music rights for the film), the musician-turned-actor will be covering The Beatles, Muddy Waters and more for the upcoming biopic.

In HBO's The Girl, Miller portrays Hitchcock's legendary protégée Hedren, who starred in The Birds and Marnie. The film delves into the director's obsessive relationship with the blonde actress. "I admired Hitch tremendously for his great talent and still do," Hedren told the Daily Mail. "Yet, at the same time, I loathed him for his off-set behavior and the way he came on to me sexually."

Just two of the many stars (Oprah! Mariah!) featured in The Butler, Fonda and Rickman get a presidential seal of approval as they embody the former FLOTUS and POTUS in the 2013 drama, which chronicles the life of a White House butler (played by Forest Whitaker) who served eight presidents over the course of three decades.

Pillbox hat and all, Kelly captures the iconic style of the former First Lady for The Butler, putting her in the ranks of other actresses who've portrayed Jackie O., including Katie Holmes.

Donning a number of glitzy getups, Douglas taps into his musical side with his portrayal of the flamboyant pianist in the 2013 HBO movie Behind the Candelabra, which also stars Matt Damon as the musician's young lover, Scott Thorson.

Naomi Watts morphs into the beloved royal, emulating her most memorable looks for Diana, a film focusing on the last two years of the princess's life. "It is such an honor to be able to play this iconic role," British-born Watts said in a statement. "Princess Diana was loved across the world, and I look forward to rising to the challenge of playing her on screen. 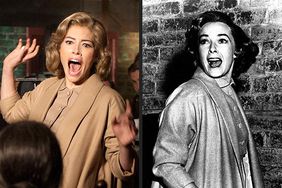 Stars Playing Stars – and Who They 'Really' Look Like 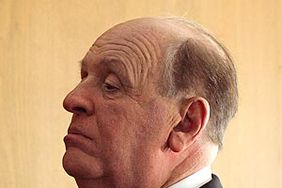 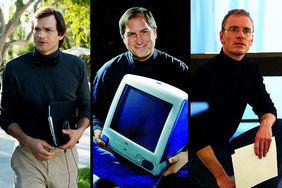