The Rolling Stones give millions, as concerned celebrities open their hearts and checkbooks

Celebrities are not only lending their talents to telethons and benefit concerts, but many are also giving money directly to the relief efforts.

Here are some of the latest contributions offered up by the stars:

• The Rolling Stones’s “A Bigger Bang Tour” announced that they have made a $1 million donation to the American Red Cross Disaster Relief Fund for Hurricane Katrina. The Stones will also place donation booths at all concert venues for fans to contribute to the Red Cross, as well.

• Singer Barry Manilow will match every dollar donated through the Manilow Fund for Health and Hope, with the fund also adding a dollar, turning $1 into $3.

• Magic Johnson has promised jobs for some of the Katrina victims staying in a Los Angeles shelter. The former NBA star runs his own corporation, which includes fitness centers and chain restaurants.

• Moviemaker Kevin Smith is holding an online auction on his Web site, (ViewAskew.com,) with items including a walk-on role in his upcoming movie, Clerks 2: The Passion of the Clerks, and a barbecue at his home. Proceeds will go to the Red Cross. The auction ends Sept. 16.

• The Recording Academy (responsible for the Grammys) and its MusiCares Foundation have pledged an initial donation of $1 million to help “music people” affected by the hurricane.

• David Banner, through his Heal The Hood foundation, will hold a Sept. 17 benefit concert in Atlanta with guest appearances/performances by T.I., Nelly, Twista and others.

• Baseball star Curt Schilling and his wife are providing a New Orleans family of nine with housing for a year. The families connected through OpenYourHome.com, which matches displaced families with people willing to house them.

In addition, Harry Connick Jr. and Branford Marsalis have been named honorary chairs of Habitat for Humanity’s efforts for long-term rebuilding for homeless families on the Gulf Coast, while Green Day, REM, John Cusack, Tim Robbins, Pearl Jam, Moby, the Beastie Boys and the Roots have joined with MoveOn.org to find housing for victims of the hurricane. 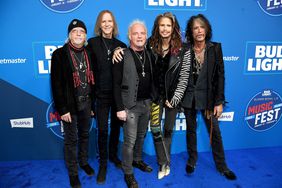