These celebs had flawless responses when the plastic surgery rumors swirled

Zellweger said that speculation she had plastic surgery was "humiliating" and the "hardest kick" to her ego.

Back in 2014, the actress made a rare public appearance at the Elle Women in Hollywood party, and immediately it was assumed that she had plastic surgery. That criticism came with “the implication that I somehow needed to change what was going on because it wasn’t working,” she told New York Magazine in 2019.

Back in 2014, Zellweger told PEOPLE that the conversation about her appearance was “silly,” but that she chose to address it because “it seems the folks who come digging around for some nefarious truth which doesn’t exist won’t get off my porch until I answer the door.”

Rumors of plastic surgery and cosmetic procedures have plagued Spelling's career. She told PEOPLE exclusively, “The one thing for me that has stuck forever was the plastic surgery thing. I literally had my nose done and my boobs done, and that’s it. I’m constantly reading that I’ve done more.”

She continued, “People have been talking about me having plastic surgery since I was 17. I remember my dad [producer Aaron Spelling] saying, ‘Don’t worry. It will go away next week.’ But that one thing has stayed with me my entire career!"

The model has nothing against lip fillers — they're just not for her, she told BAZAAR.com in the summer 2019 digital cover story. And when it comes to rumors about the origin of her own plump pout, she just laughs them off.

"Look, if somebody wants to inject their lips because they feel bad, God bless them. I don't judge anyone," she shared with the outlet. "I always promote natural beauty because I think we live in this perfect world where everyone wants to be perfect. But I'm not perfect. Sometimes I have a double chin. Perfection doesn't exist."

She continued, "And if I read [a headline] and it’s like, 'She had injections, her lips look like dumplings,' I just laugh because it just makes me, I don't want to say it makes me happy, but I think in this life you have to have a sense of humor," she explained, adding that she doesn't allow the criticism to get to her. "With everything that's going on in the world, you have to take it easy. Some people are going to love you, some people are going to hate you. It doesn't really disturb my life."

In an exchange captured by Comments by Celebs on Instagram, the Very Cavallari star shut down user @injectorjess' claims that she'd had lip, cheek and under-eye filler and Botox.

"I've actually never touched my face, but thanks for the compliment I guess," Cavallari commented on a side-by-side of a throwback from The Hills era and a snap from the 2019 Golden Globes red carpet. "Maybe get your facts straight before you start making claims like that. I'm proud to be injectable free."

The supermodel set the record straight about her surgery history in a May 2018 sit-down with InStyle, challenging her haters to get scientific evidence before accusing her of having work done. "People think I got all this surgery or did this or that. And you know what? We can do a scan of my face, darling. I'm scared of putting fillers into my lips. I wouldn't want to mess up my face," she said.

Grande also addressed the rumors while looking at throwback family pictures with her older brother, Frankie Grande. "That's why I'm on the cover of [a] magazine and they're saying I got plastic surgery. Goddamn, puberty went nice," she joked. "It came late, but she finally came through for me."

"I remember seeing some blog post that said I got a nose job. I was like, 'That's weird — my nose is pretty imperfect,’" the This Is Us star told PopSugar. "I have a crinkled part underneath the bridge of my nose and I remember laughing like, 'I feel like I would have fixed that had I had a nose job.' I don't know, maybe it was just a weird picture or weird makeup or shading or something. People think everyone in Hollywood has had a nose job or some work done, but it's not always true. People are going to believe what they want, and that's fine."

Jenner debunked cosmetic surgery theories on a 2017 post on her website and app. She explained that her little sister's makeup techniques were responsible for her altered appearance after a Facebook Live event they did together.

"All of a sudden, photos of us came out with headlines like, 'OMG Kendall got her lips done and got full facial reconstruction — look at her cheekbones, look at her nose!' I was like, this is CRAZY. I didn't even address it at the time. Because if I address it, people are going to be like 'Oh, so she's defending herself — she must be guilty,’" Jenner wrote. "As a model, why would I have my face reconstructed? It doesn't even make sense."

Her sister, Kylie Jenner, had previously jokingly accepted responsibility for sparking the rumors after doing her makeup. "You guys, Kendall let me overline her lip today with lip liner and everyone thinks she got lip injections. I'm sorry, Kendall," she said on Snapchat.

In 2017, Teigen had to clarify that she had been joking when she told reporters at a Becca event that, "Everything about me is fake except my cheeks."

"I had my armpit sucked out. It added two inches of length to my arms. [That fat] is coming back though, so I might need to go in and pay for it again," she said at the makeup event after laughing and pointing to her forehead, nose, and lips while saying, "fake, fake, fake."

"Reminder to never ever joke, ever (I did do the armpits, no regrets except it clearly came back)," she tweeted in response to an article about her surgery quotes. "You think I'd have this ass if I'd done extensive work? Like, who would ask for this ass."

Perry gave Refinery29 the scoop on which cosmetic procedures she has and has not opted for in a January 2018 interview, and defended everyone's right to make plastic surgery decision for themselves.

"I haven't had any [plastic surgery]," she said. "I've done lasers and got [filler] injections under my eyes for the hollowing — which I'd recommend for everyone who wants a solution for their dark circles — but all of my assets are real. People tend to think they are fake, but it doesn't really matter. We're getting away from that negative stigma about physical alterations. Of course, always be your authentic self — but if someone wants a nose job that makes them feel better, and they love their profile more because of it, it's like 'Go ahead!' Do whatever makes you feel better about yourself."

After giving birth to eldest daughter North West in 2013, the reality star was furious that her post-baby fitness efforts were being overshadowed by plastic surgery allegations.

"I am very frustrated today seeing reports that I got surgery to lose my baby weight! This is FALSE," she tweeted "I worked so hard to train myself to eat right and healthy, I worked out so hard and this was such a challenge for me, but I did it!!! I'm so proud of my accomplishment and NO ONE will take this away from me with fake reports! Say what you want about me but I work hard and am the most disciplined person you will ever meet!"

Kardashian spoke out again a few months later when a fan wrote, "Why is it so hard to believe she works out hard for her body? Let her be skinny in peace! You look great!"

"Preach! LOL thank you," the star responded. "It sucks when people make up surgery or photoshop lies when I am so disciplined and work so hard! Just trying to motivate others and show anyone struggling with weight they can totally achieve whatever they want if they are dedicated!"

Lopez hit back in 2013 when a U.K.-based plastic surgeon, Dr. Ayham Al-Ayoubi, analyzed pictures of her on Twitter and claimed they showed signs of cosmetic work. "@DrAyoubi Sorry Sir, but I have never had plastic surgery of any kind. #fact," she tweeted.

"People see my makeup and they think all types of crazy things I'm doing to my skin. Like, no, it's makeup," Minaj told Extra in 2013. "It's the weirdest thing. Like, they'll see contour and they'll think you had surgery on your nose. No, no, no, look at RuPaul's Drag Race and you'll see how you can make your nose look any shape you want. I've never had surgery on my face. God, it's makeup, people."

Fox responded to procedure rumors with a cheeky 2011 Facebook album titled "Things you can't do with your face when you have Botox." She made various facial expressions and even pointed to her wrinkles in the collection of pics. 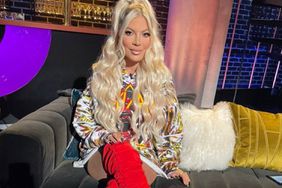 All of the 'Real Housewives' Who Have Denied Getting Plastic Surgery 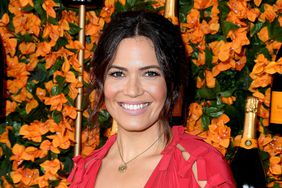 Mandy Moore Shuts Down Rumors That She Got a Nose Job 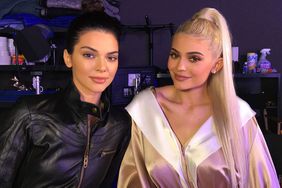