See how stars like Lucy Hale, Victoria Beckham and Drew Barrymore are ringing in the annual holiday

It’s International Women’s Day, and we should all be celebrating — especially this year. Why? 2018 has been a productive one for women, thanks to the actresses, journalists, athletes and other survivors who bravely shared their experiences with sexual assault, as well as Hollywood’s historic launch of Time’s Up, a movement stars like Big Little Lies‘ Laura Dern has been supporting since its inception this awards season.

“Many of us were taught not to tattle. It was a culture of silencing and that was normalized,” Laura Dern shared of women, at the 2018 Golden Globes, adding that we should all aim to instill confidence in younger generations. “I urge all of us to not only support survivors and bystanders who are brave enough to tell their truth, but to promote restorative justice. May we teach our children that speaking out without the fear of retribution is our culture’s new north star.”

Hollywood stars have certainly continued to take note of the positive changes, and have taken to their respective social media accounts to pay tribute to the progress made on International Women’s Day.

From Gisele Bündchen’s ode to her daughter to Chris Hemsworth’s sweet post honoring to the important women in his life, see how celebs are spending the big day. 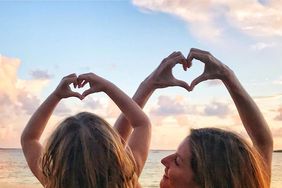