The most-hyped line of movie-themed merchandise in history — for “Star Wars: Episode I — The Phantom Menace,” which opens May 19 — finally went on sale at midnight today. In an unprecedented move, Toys R Us stores around the country decided to open their doors at 12:01 a.m. Monday for an all-night selling marathon of toys based on the movie. FAO Schwarz on New York’s Grand Army Plaza opened from 12 to 2 a.m. to accommodate 1,500 fans who had begun to line up along Fifth Ave. the previous afternoon. Wal-Mart and Kmart called in extra staff for their 24-hour stores to handle their post-midnight crowds. Many stores limited the number of items a customer could buy to prevent immediate sell-outs.

Shop 'Til You Drop: Enjoy These 'Black Friday' Sales!

For Haberdashery with Hype, There's Nobody Like Bijan Pakzad, Whose Pricey Clothes Will Take You to the Cleaners

The Best of the Best Black Friday and Cyber Monday Sales 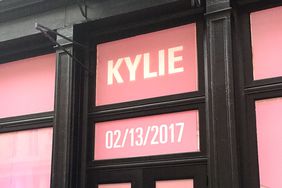