Jennie Garth and daughter Lola, 9, hitch a ride on the back of a golf cart during an appearance on Extra at The Grove in L.A., on Tuesday.

Justin Bieber serenades the crowd during the Houston, Texas, stop of his Believe tour on Tuesday.

Katy Perry puts on her best game face during the NBA season opener between the Los Angeles Lakers and Dallas Mavericks at L.A.'s Staples Center on Tuesday. The Mavericks beat the home team, 99-91.

Gearing up for Halloween, Halle Berry gets the ultimate thrill with 4-year-old daughter Nahla – who sported some nifty face paint! – Tuesday during another pumpkin patch trip, this time at Mr. Bones Pumpkin Patch in Los Angeles.

The grass is greener on the other side for Eric Stonestreet, who gets a taste of country living while shooting scenes for Modern Family in Los Angeles on Tuesday.

Kourtney Kardashian and her beach babe, 2½-year-old son Mason, enjoy a mommy-and-me stroll along the beach in Miami on Tuesday.

Minka Kelly finds her comfort zone during a casual outing Tuesday in L.A.

Singer Lily Allen, who is reportedly expecting her second child, keeps warm while out and about Tuesday in London.

90210 star AnnaLynne McCord brings out her inner beach babe while on location for her hit show Tuesday in L.A.

Daniel Craig shows off his fine form while attending the German premiere of Skyfall Tuesday in Berlin.

Ke$ha shows off her one-of-a-kind accessories during the launch of her Casio Baby-G watch collaboration at L.A.'s SLS Hotel on Monday.

After braving the storm to cover Hurricane Sandy, Anderson Cooper and partner Ben Maisani assess the damage Tuesday in N.Y.C.

Vanessa Hudgens gets ready to break a sweat as she heads to her Tuesday dance class in L.A. 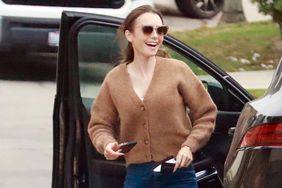 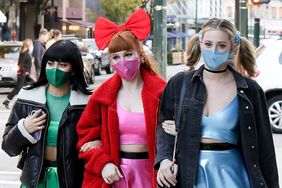 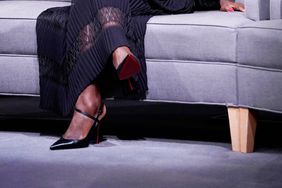 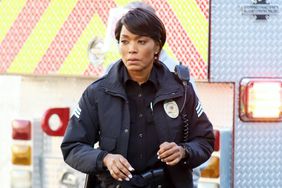 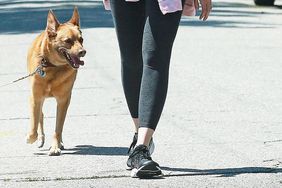 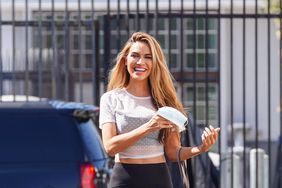 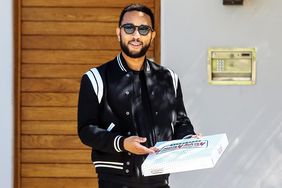