Gwen Stefani has an adorable companion in 2-month-old son Zuma during a mother-son outing at a Beverly Hills library on Wednesday. The pop star welcomed her son, whose name was likely inspired by the singer's favorite beach, in August.

Jessica Simpson has tongues wagging after arriving late to Macy's 150th anniversary bash at New York's Gotham Hall on Tuesday. But the delay wasn't her fault! "I'm so, so sorry," the singer – who designs clothing, shoes and bags for the retailer – told the crowd after rain stalled her flight. "[I wish] I could be God and control the weather."

New mom Minnie Driver shows off her post-baby body in a super-short dress while running errands Tuesday in Beverly Hills.

Jennifer Lopez focuses on home décor Tuesday during a shopping trip in West Hollywood, where she and pal Leah Remini (not pictured) stopped into posh West Hollywood furniture store Roche-Bobois.

Justin Long – a.k.a., the "Mac Guy" – makes a new friend in Gossip Girl star Penn Badgley Tuesday at a New York bash for the new Audi A4 car.

Christina Aguilera – who recently debuted the video for her single "Keeps Gettin' Better" – stays warm with a hot beverage and keeps on moving with husband Jordan Bratman during a dreary Tuesday in New York City.

A long-locked Colin Farrell, still thin for his role as a war correspondent in the movie Triage, makes a dapper arrival (in Dolce amp Gabbana) to the Rome Film Festival premiere of his drama Pride amp Glory.

Katherine Heigl could definitely use an extra set of hands as she lugs a pile of clothes to a dry cleaners in Glendale, Calif., on Monday.

Penélope Cruz is a lady in red while taking a break from shooting the movie musical Nine with Daniel Day-Lewis in Peterborough, England, on Tuesday. In the film, the actress plays Carla, one of the lovers of Day-Lewis's director character Guido Contini.

Gentleman, start your engine! Hugh Jackman takes his Vespa for a spin around Sydney on Tuesday. The actor costars with Nicole Kidman in the World War II-set Australia, out Nov. 26.

Carmen Electra sits back and lets the tension melt away as she gets a hand, foot and neck massage Tuesday during a visit to a Beverly Hills nail salon.

Is she getting a do-over? British singer Lily Allen – who recently showed off a shorter hairstyle – stays covered up Tuesday while heading to a London salon. 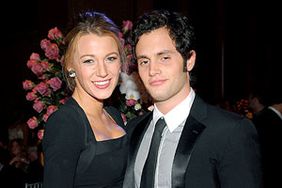