Talk about a super sweet 16! A tiara-wearing Miley Cyrus has an early b-day party (her big day is Nov. 23) during a visit Monday to The Ellen DeGeneres Show. The Hannah Montana star told the talk-show host about boyfriend Justin Gaston, "He's a singer, he's really cute, and he's nice and he's a Christian and I really like that." The episode airs Nov. 20.

Beyoncé shows off her famous figure (and some bold Chanel earrings!) at Gotham magazine's annual gala Tuesday in New York City. The singer, who's been a supporter of President-elect Barack Obama, told reporters she'd to perform at his January inauguration.

After being pelted by a flour bomb over the weekend, Lindsay Lohan makes her way back to the club scene, hitting London's Mahiki and Boujis nightclubs Tuesday night with girlfriend Samantha Ronson (not pictured).

PEOPLE's Sexiest Man Alive Hugh Jackman holds tight to one adorable carry-on, his slumbering daughter Ava, 3, Wednesday, as the pair head to the departure gates at the Sydney Airport.

Check out more of this year's Sexiest Men Alive!

Russell Crowe gives 2-year-old son Tennyson a dad's-eye view while taking a stroll Tuesday on the Los Angeles set of his political thriller State of Play.

American Idol winner David Cook gets pumped up Tuesday during an exclusive performance at the Hard Rock Cafe in New York City, where the rocker celebrated the release of his new self-titled album.

Naomi Watts uses her burgeoning belly as a hand rest during a stroll Tuesday through New York City's SoHo neighborhood.

Is he working off his meal? The day after a late-night dinner date with Jennifer Aniston, John Mayer gets ready to hit the road following a workout at his L.A.-area gym on Tuesday.

Being all that he can be, George Clooney gears up in his company's camouflage Tuesday on the Albuquerque, N.M., set of his new movie Men Who Stare at Goats.

Snoop Dogg throws himself into the mix with a hands-on cooking lesson from Martha Stewart during a visit Tuesday to the domestic diva's daytime talk show in New York City. The rapper was on hand to discuss the second season of his reality show, Snoop Dogg's Father Hood, which premieres Nov. 30.

Keanu Reeves keeps warmly wrapped for a walk through New York City's Central Park after loading up on loot from Barneys New York in midtown Manhattan on Monday.

Yes, he's got baggage – carry-on baggage! An incognito Zac Efron – who recently traveled Down Under to promote High School Musical 3: Senior Year in Australia – is all about comfort as he arrives for a flight Monday at Los Angeles International Airport.

Check out more stars and their airport style!

Brandy makes a revealing style statement in some ultra-distressed jeans while shopping with actor pal Tyrese Gibson (not pictured) at the Westfield mall in Century City, Calif. The singer has been busy readying her new album Human, which hits stores Dec. 9. 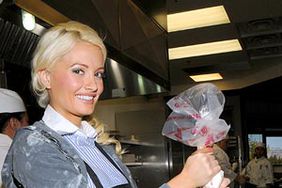 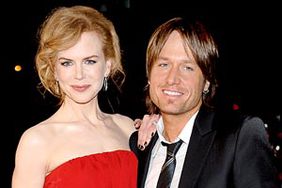